Ruwan Subansinghe runs through the amazing saga that is the NBA players strike. 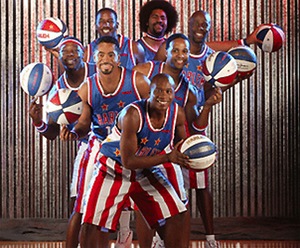 In a year that has already witnessed near economic armageddon, inspiring revolutions and catastrophic natural disasters, unprecedented labour strife in the professional sports industry has made it an even more extraordinary year. As Rich Hook and I previously wrote on these pages, the NFL, NBA, La Liga and Serie A were all affected by high profile industrial disputes this season.

None have been as spectacular as the stand-off between the NBA and the National Basketball Players Association.

The owners locked out the players on 1 July 2011 after collective bargaining negotiations collapsed over basketball related income sharing and a proposed hard salary cap. This led to a cancellation of all pre-season games and the first month and a bit of the regular season.

As the lockout means no access to NBA facilities and staff, players like Danilo Gallinari have been temporarily plying their trade abroad while others like Lebron James have been playing pick-up games to stay fit.

The NBPA rejected the owners’ latest offer on Monday in dramatic fashion.

The players were after a minimum 52.5 per cent share of the teams’ basketball related income (a reduction of 4.5 per cent from their previous deal), but the owners would not go beyond a 50-50 split. The owners dropping their demands for a hard salary cap in September did nothing to appease the union. On the contrary, the NBPA disbanded for the first time in its history allowing players to bring antitrust claims against the NBA.

Trade unions in the US can be disbanded through decertification or disclaimer of interest. The NBPA took the latter route which involved the union unilaterally terminating its right to represent its members. The NFL Players’ Association used the same method earlier this year and Tom Brady, Peyton Manning and others filed an antitrust lawsuit against the NFL on the back of it.

Effectively, the players had to make a choice between collective labour law and competition law due to what is called the statutory labour exemption – a policy which favours collective bargaining over antitrust laws by protecting bona fide agreements between employers and unions from being attacked as anti-competitive.

The players will argue quite forthrightly that the lockout is an antitrust violation. The following paragraph from Brady v NFL would sum up their position neatly:

“The group boycotts, concerted refusals to deal and price fixing which the defendants are carrying out are per se illegal acts…they also constitute an unreasonable restraint of trade under the rule of reason.

The main remedy sought by the players will no doubt be an injunction declaring the lockout illegal. If that were not possible, they would go for damages, which in antitrust cases can be three times the awarded amount.

While an antitrust lawsuit looks inevitable, this is certainly not the first piece of litigation in this saga.

The NBPA and NBA have both made complaints to the National Labor Relations Board claiming unfair labour practices. The NBA has also sued the union in an attempt to block players lodging antitrust claims against the league. This lawsuit specifically asks the U.S. District Court in New York (rest assured the players will not want their cases heard there) to rule that the NBA’s lockout is legal.

High legal drama aside, the main question basketball fans around the world will ask is ‘when are they going to start playing again?!’.

Well, disclaiming the union could ‘just’ be posturing and a tactical move to bring the NBA back to the table. If that were the case and negotiations recommenced, we could possibly see an end to this stalemate sometime soon. It is also possible that the players will ask a court to issue a temporary injunction against the lockout while the antitrust proceedings ensue.

Of course the inherent complexities of antitrust cases (highlighted in Brady v NFL especially in relation to jurisdiction) could also mean protracted and brutal litigation.

Whatever the outcome, the solidarity among NBA players has been incredibly solid and resolute. Despite chatter about this being a billionaires vs. millionaires dispute, the stand taken by the NBPA and its members is nothing short of amazing.

• Celebrating the influence of player unions in US sport – Ruwan Subasinghe, March 14th 2011

8 Responses to “Billionaires v millionaires maybe, but the NBA players’ resolve is amazing”