Alex Hern shows quite how long scrapping waiting lists has been a Tory policy, and quite how quickly they scrapped it. 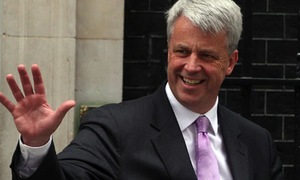 Following a massive rise in waiting times at hospitals, the government has decided to reintroduce what are largely the same targets which they have been agitating to scrap since 2001.

The Conservatives then lost the election.

Patients are dying in hospital because of government targets, the Conservative leader, Michael Howard, claimed today.

The Conservative party has pledged to abolish all government targets if it comes into office after this year’s expected general election.

The Conservatives then lost the election.

We will scrap the politically-motivated targets that have no clinical justification.

The Conservatives then lost the election, but they lost it less badly than any other party, and formed a coalition.

Sure enough, in June 2010, as the Guardian reported:

Lansley said he was ending the right of patients to see a family doctor within 48 hours and axing the 18-week target covering the period from hospital referral to start of treatment.

Sixteen months later, and the impact of the policy was clear:

A new report from the King’s Fund and official Department of Health figures, both released today, show waiting times in the NHS have skyrocketed since the government oversaw a re-examination of targets that encouraged hospitals to keep them low.

Today, the one of the longest standing Tory policies on the NHS is unceremoniously rejected, as the Tories introduce their first new NHS target:

Lansley on Thursday warned the NHS in England that, as of next year, no more than eight per cent of all patients waiting at any one time would be allowed to have had their treatment delayed by 18 weeks or more.