If the government misses its targets for growth and spending, it will be forced to cut further - making the bad times worse. Oh Goodee! 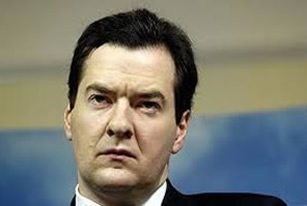 The Coalition now finds itself into a position where its economic policy is going to be ‘pro-cyclical’ – if the economy picks up it can stimulate it further, but if it continues to stagnate, the chancellor will be forced to further slam the brakes on. How have we ended up in this position?

At first the government’s position looks tenable. The Office for Budget Responsibility’s new fiscal forecasts show that the Chancellor is still on course to meet his two fiscal rules:

1.      To achieve a cyclically-adjusted current balance by the end of the rolling, five-year forecast period

Its latest forecasts show this is no longer the case. The cyclically-adjusted current balance only moves into surplus in 2016/17 and net debt starts to fall in 2015/16.

The Chancellor is only still on course to achieve his first objective because the end of the five-year period has been rolled forward from 2015/16.

A cynic might point out that by setting himself a rolling, five-year target the Chancellor never actually has to achieve a cyclically-adjusted current balance, he only has to appear to be on course to do so. This rule is turning out to be as flexible as Gordon Brown’s ‘Golden Rule’ that the current balance should average zero over the economic cycle.

There are two important implications of these forecasts.

First, more deficit reduction will be required in the first two years of the next parliament. Previously, the Chancellor had created a bit of room for a pre-election giveaway in March 2015; that has now disappeared. Rather than the next election being fought over how to spend the benefits of growth, it will be fought over where spending should be cut.

Second, there is virtually no more room for manoeuvre on the debt rule: the OBR forecasts it falling from 78.0 per cent of GDP in 2014/15 to 77.7 per cent in 2015/16. This means that any future upgrading of the borrowing forecast for 2015/16 – whether cyclical or structural – will have to be offset by further cuts.

This is very important. If the euro zone crisis deepens, leading the OBR to further downgrade its growth forecasts for 2012 and 2013 and to increase its borrowing forecasts out to 2015/16, then it will also be forecasting an increase in debt after 2014/15.

Unless, the Chancellor is prepared to relax his second rule, he will have to cut spending or increase taxes more than currently planned to get back on track.

In other words, from here on fiscal policy will be pro-cyclical. Weaker growth will lead to fiscal tightening!