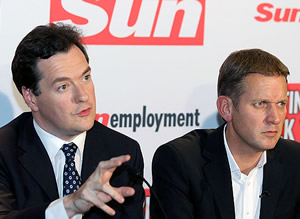 New TUC research shows more than 750,000 workers – 90 per cent of them women – will face higher contributions from next April.

This is because the government will measures workers’ income not by looking at their gross pay, but their full time equivalent earnings. In other words someone working half-time with a £14,000 slary is treated as earning £28,000.

For many, this will mean as much as a 50 per cent increase in the amount they pay for their pension.

The government has said public sector workers earning less than £15,000 will not have to pay any more for their pensions this year and those on less than £18,000 will see a maximum contribution increase of 1.5 per cent of their pay.

Only one in six public service workers (15.8 per cent) – around a million – have full-time equivalent earnings of less than £15,000 and thus escape the higher contributions.

These extra contributions for low-paid staff come at a time when public sector pay is in the middle of a two year pay freeze and inflation – particularly for the goods and services low income households consume – is higher than it has been for many years.

The extra contributions are not going into pensions. In the local government scheme – the one big public sector scheme with its own investments – the government has simply taken off its grant to local councils what they expect to be raised locally through the higher contributions.