Shadow minister Willie Bain MP presents a four step plan to bring Britain out of the economic death spiral we are in. 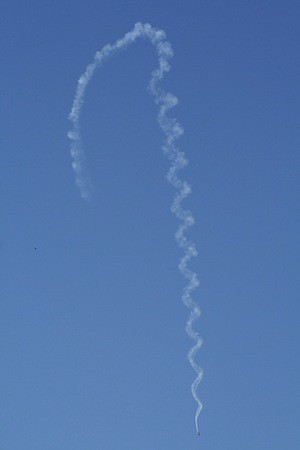 William Bain MP (Labour, Glasgow North East) is the shadow Scotland minister, and contributor to “What Next for Labour? Ideas for a New Generation”

The recent G20 heads of government summit in Cannes was a severe disappointment, producing little in the way of concrete measures, and representing a major reverse for the jobless millions seeking a plan for growth and job creation to pull Europe out of its slump.

Added to that, there was little leadership shown in promoting the concept of a financial transactions tax at global level, which would have the twin benefits of dealing with excessive levels of financial speculation, and raising billions in revenues to help tackle global hunger, or promote green investment.

At home, the Bank of Scotland’s PMI survey adds to the worries of a further slowdown, finding a further slackening in the pace of recovery in the private sector economy in Scotland, with the third successive month of falling private sector employment.

New orders have fallen in manufacturing and services for the second successive month, as companies fall back on pre-existing work.

With 600,000 public sector jobs being axed by governments in Edinburgh and London, and activity in small and medium sized firms relying on public sector contracts and investment dwindling, female unemployment in Britain is rocketing to 23 year highs, youth unemployment is surging to the one million mark, heightening levels of inequality.

George Osborne’s grand theory that the public sector was crowding out private sector growth and that an aggressive deficit reduction programme would spark stronger growth has been exposed as the biggest mistake in British fiscal policy since the austerity Budgets of the 1930s.

But these errors have been compounded by John Swinney’s decision that the SNP government would cut capital spending this year and last more than twice as fast as Osborne’s cuts at UK level, leading to a catastrophic fall in construction output in Scotland of 2.3 per cent in the second quarter of this year, and the loss of 10,000 jobs in the sector this year. Industry experts now expect a fall in new construction orders of up to 15 per cent in Scotland next year.

The weak capacity of the major UK retail banks to make loans to small and medium sized businesses remains a major drag on a return to growth.

Months after George Osborne and Vince Cable launched Project Merlin with great fanfare, net lending to small & medium-sized businesses on the trends in lending basis has fallen by £6.7 billion this year according to the Bank of England, jeopardising existing businesses, and preventing expansion.

The widening of the Bank’s asset purchase scheme by a further £75 billion is unlikely to provide the boost to the money supply that is needed given the scale of the disaster unfolding in the Eurozone, our largest trading block, where even a partial break-up of the monetary union could slash already grim forecasts for EU GDP growth in 2012 by half. The European Commission’s forecast last week predicts that the EU economy will be stagnant this autumn and winter.

With political instability in Greece and Italy, and rising bond yields showing market concern about the prospects for growth and debt repayment, storm clouds are gathering across the EU. There is much that the Eurozone-17 can do to boost demand.

States, like Germany, where there is scope for fiscal loosening, should consider measures to increase domestic economic activity. The European Central Bank should be prepared to act as a lender of last resort, and increase the money supply to move capital to businesses, and the new European Stability Mechanism requires sufficient firepower to secure an orderly relief of Greek and Italian debt.

The European Commission has downgraded UK growth to 0.7 per cent for 2011, 0.6 per cent for 2012 and 1.5 per cent for 2013, meaning that the UK will bump along the bottom with the fifth lowest growth in Europe this year, lower than that in the Eurozone area, with only Greece, Cyprus, Portugal and Italy faring worse. During the great recession of the 1930s, it took Britain four years for the economy to recover the lost demand.

It now appears that it will be 69 months and counting, with the economy short of filling the whopping four per cent gap in output remaining from 2008.

With the Bank of England preparing to dampen down growth prospects, and the independent Office for Budget Responsibility likely to do the same at the end of the month, what can be done to break out of the economic death spiral into which the chancellor has thrown the economy?

• Firstly, there should be an immediate cut in VAT to 17.5 per cent, which would increase consumer confidence, currently at record lows, and give the retail and services sectors a much needed lift.

• Secondly, VAT for home repairs and maintenance should be cut to five per cent, as supported by the Federation of Small Businesses as the top priority to raise demand in construction.

• Thirdly, National Insurance contributions for new staff being taken on by small and medium sized businesses should be cut.

• Fourthly, capital infrastructure investment should be brought forward, as a precursor to the establishment of a British Investment Bank to rebalance our economy.

To avoid what the International Labour Organisation termed last month a global jobs recession and the risk of growing social unrest, we will need concerted action at home, and decisive leadership abroad to create 80 million jobs over the next two years to restore levels of global employment to pre-crisis levels.

The tragedy for the waiting jobless millions is that neither seems likely from right-wing or nationalist governments.

15 Responses to “Osborne has put Britain in an economic death spiral: Here’s how to break out”