Alex Hern rounds up commentators’ responses to the latest developments in the eurozone crisis. 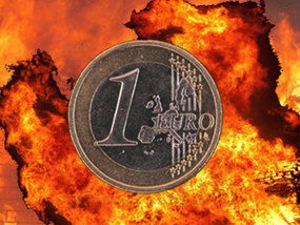 The Eurozone crisis has toppled two leaders and shows no sign of abating. There is no real agreement as to what will or should happen next. So what do the commentators say?

Simon Jenkins in the Guardian argues that institutional change is what is needed, and that we must use this crisis to build a new EU, with a fairer distribution of power.

A new and more flexible constitution for Europe is blatantly needed.

This constitution will be easier to define than to engineer. It must somehow retain the (overrated) gains of free trade, but accept that there will be many unlevel playing fields.

The lash of devaluation and domestic austerity is one thing when self-imposed. When edicts emanate from unaccountable foreign agencies, as now in Greece and Italy, it is not. There could be no more disastrous last chapter to this sorry saga than the crude imposition of German “discipline” on the weaker members of the EU. Who would enforce it?

Alasdair Darling argues almost exactly the opposite: That what the Euro crisis reveals is that there isn’t a democratic deficit in the EU, but a leadership one.

He writes in the Independent:

A leadership vacuum lies at the heart of the global crisis. Last week’s meeting of the G20 leaders was an abject failure just at a time when the world needs strong leadership and a clear sense of direction. Europe still fiddles as Rome threatens to burn and ignite a fire far beyond its borders.

Possibly seeing himself as such a leader, he presents three things that need to be done straight away:

First, even with a new Greek government there is no one who seriously believes that the present Greek fix will work. A plan that leaves Greece with debt at 120 per cent of its GDP in 2020 – more than it had when it went into this crisis – is doomed to fail. We know that. So why not fix it now?

Second, bank recapitalisation cannot wait until next summer. If Greek, Italian or Spanish banks begin to falter, what happened in 2008 will seem like a squall compared to the hurricane that would be unleashed in Europe, and soon.

Third, the rescue fund does not exist. Nor does it look like existing any time soon. The European Central Bank does exist and should be allowed to buy bonds from distressed countries.

In a crisis you have to use what tools you have to hand. We are now in a worse position than we were in 2008. It is compounded by a lack of vision and leadership at every level. Time is running out. To avoid this foreseeable calamity we must act now.

William Rees-Mogg unsurprisingly argues that we should “disentangle” ourselves from the EU.

In the Times, he says:

The level of interdependence of the nations of the EU has been much greater than was necessary or efficient. Europe is much too closely integrated, with too little democratic independence.

Overseas, Paul Krugman in the New York Times writes that it is hard seeing how the Euro can survive at all. In fact, his article is largely an obituary for the currency, looking at what lessons can be learnt from it’s failure. In particular, he argues that the collapse of the Euro says nothing about the necessity of austerity.

America, we’re told, had better slash spending right away or we’ll end up like Greece or Italy. Again, however, the facts tell a different story.

If you look around the world you see that the big determining factor for interest rates isn’t the level of government debt but whether a government borrows in its own currency.

Japan is much more deeply in debt than Italy, but the interest rate on long-term Japanese bonds is only about 1 percent to Italy’s 7 percent. Britain’s fiscal prospects look worse than Spain’s, but Britain can borrow at just a bit over 2 percent, while Spain is paying almost 6 percent.

The other thing you need to know is that in the face of the current crisis, austerity has been a failure everywhere it has been tried: no country with significant debts has managed to slash its way back into the good graces of the financial markets.

For example, Ireland is the good boy of Europe, having responded to its debt problems with savage austerity that has driven its unemployment rate to 14 percent. Yet the interest rate on Irish bonds is still above eight percent — worse than Italy.

Finally, the Express writes with unbridled glee that Sarkozy and Merkel:

are secretly plotting to build a new, slimmed down eurozone without Greece, Italy and other debt-ridden southern European nations.

But even the prospect of achieving the next best thing to the resurrection of Diana can’t keep them happy forever:

French and German officials have already set up a secretive cabal known as the “Frankfurt group” to pursue their federalist agenda and bully Britain.

Conspiracies aside, it is true that some are seeing an opportunity in this crisis. Whatever the future of Europe looks like, it is likely to be quite different to the past.

8 Responses to “Eurozone crisis update: From the analytical to the hysterical”