Half of all charities have seen costs rise due to David Cameron’s policies, a third sector survey has revealed - while 60 per cent have seen income fall. 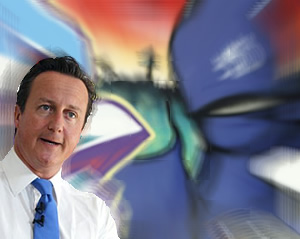 Half of all charities have seen costs rise due to coalition policies, a third sector survey has revealed. The report, carried out by the Charity Finance Directors’ Group, consulted with 288 NGOs, also found that three-fifths of charities had seen their income fall as a result of legislative and public spending changes by the government.

As a result almost half  have had to draw into their reserves, up from 28% last year.

The report, that also found that only 7 per cent of charities understood the aims of the big society, paints a picture of reduced income, higher costs and increased demands:

Sixty per cent of charities reported that the changes in public sector policy had reduced the funding available to them.

Fifty per cent consider that it has increased the cost of operation.

Furthermore, if the intention of the Big Society was to open up public sector contracts from a small number of big players to include more smaller charities, it appears to have failed. Larger charities are twice as likely to consider the Big Society as relevant to them as smaller ones.

The scale of the damage caused by Coalition cuts can be found on the Voluntary Sector Cuts website, where charities have reported how £76 million of cuts are crippling the Big Society.