Charlie Samuda runs through the problems with the coalition’s cutting of the “warm front” program, which helped the poorest in society heat their homes. 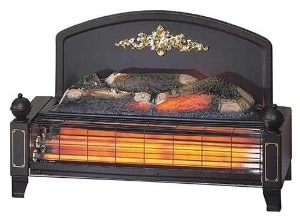 More and more of Britain’s households are unable to meet the rising cost of their fuel bill, and as winter approaches this represents a serious public health issue. The debate over how to fix rising energy prices has been re-kindled over the past few months.

It started when Chris Huhne indulged in the annual tradition of bashing the big six energy firms in public, then in private taking fairly limited action to cut household bills.

In opposition Ed Miliband has done a decent job of keeping the issue on the public agenda with talk of breaking up vertical integration (i.e. stopping firms keeping prices high by acting as both producers and retailers).

But both of these approaches have addressed the issue purely in economic terms and have neglected the health and social impact of fuel poverty.

Yes, eye-watering price hikes and bumper profits by the big six energy companies represents a cozy and poorly structured market that needs reform. And yes, the long-term consequences of fuel as a percentage of household spending represent a chronic burden on the ‘squeezed middle’.

But the focus of attention must not drift from the immediate impact of rising energy costs on the most vulnerable. As winter approaches it becomes all the more urgent to raise awareness of the acute impact of dropping temperatures and rising bills.

With December just weeks away the government must urgently address the unnecessary deaths and hospital admissions from fuel poverty through increased direct support to households, not just long-term proposals for (timid) market reform.

However, the massive cuts to the warm front scheme, and the lack of a meaningful alternative in time for the big freeze, show that this government is not serious about helping vulnerable households cope with the cost of heating.

The warm front scheme began in 2000 as a system of payments to low income households in England (and equivalent programs for the rest of the UK) to deal with impact rising household energy bills by improving fuel efficiency – basically a payment for insulation.

Unlike the winter fuel payment (a tax free, means-tested payment to older people each winter), warm front helps households deal with their immediate bill payments whilst also letting them beat the hand-to-mouth cycle of each new energy bill.

Since 2000 the scheme has helped over two million households (a typical household would save about one to two tonnes of carbon dioxide per year by making the improvements warm front allows) and in 2009 it covered 230,000 homes.

When it was re-opened back in April the Department of Energy and Climate Change (DECC) breezily announced that the scheme would henceforth be “better targeted” by covering those on lower incomes.

In plain English this means the scheme now only covers 90,000 households and will close after 2013. The coalition is cutting support to households at a time when fuel bills are rising and household incomes are falling. This is to say nothing of the secondary impact of increased CO2 emissions as much needed energy efficiency improvements will now be unaffordable for many thousands of homes.

Quite how a scheme that covers less that three per cent of those households the department defines as at risk can be described as ‘better targeted’ is baffling.

The secondary social costs are also devastating: for each additional winter death there are also around eight admissions to hospital, 32 visits to outpatient care and 30 social services calls.

The chart below shows some indication of the link between rising fuel bills and excess deaths each winter. Sudden price shocks combined with price hikes lead to a direct public health disaster.

Naturally the common factor for each year is the drop in winter temperature and thus additional fuel usage, but the chart shows that for vulnerable households this is not a delayed economic cost but an immediate health impact.

Remember also that with each of the Big Six announcing price rises over the summer the red line below will shoot up again for the winter of 2011/2012. The effect of this is not hard to imagine.

It is thus a mistake to think of rising energy prices exclusively as a cost-of-living issue for middle and lower income earners (as serious as that is) but also as a public health issue. This used to be the main battleground of energy policy debates (remember the headlines back in 2002 that UK had more cold weather deaths than Siberia?) but the focus has drifted.

Schemes such as the warm front allow energy users to break the poverty trap of living from one extortionate heating bill to the next.

It is therefore a scandal that the government has decided to cut back on this and even more outrageous that no serious alternative has been put in place to cover those vulnerable households who face a serious risk once temperatures start falling in a few weeks.