The government is salpping a tax on public sector workers to clwar up the bankers mess. If ministers negotiate in good faith, a deal can still be done says Brendan Barber 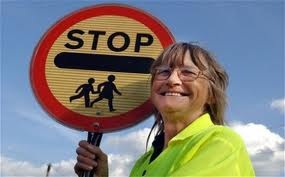 By Brendan Barber, General Secretray of the TUC

This government cancelled the tax on bankers’ bonuses. Instead it has brought in a nurses’, teachers’ and lollipop ladies’ tax.

This is what the increase in pension contributions – around £1,000 a year for a nurse – really means. It is not paying for pensions but going straight to the Treasury to fill the hole left by the bonus tax.

This is why today sees the biggest strike in a generation. The government has so alienated its workforce that as many as two million people could be striking today.

Many more will be supporting the day of action. Some will be in striking unions but providing emergency cover. Others will be in unions who are not taking action today, but have said, like the RCN, that they will ballot if they cannot achieve a fair negotiated settlement.

Ministers like Michael Gove want people to think that they are all a bit dim and have been manipulated by their ‘militant’ leaders.

Let me tell him just how wrong he is.

Unions take no pleasure in this strike. It is very much a last resort, yet it has been the only way that we have been able to get the government to start negotiating properly.

It is only when we called the day of action that ministers moved, yet we still don’t know the full details of what this will mean at scheme level.

This is what has brought unions like the head-teachers who have never even balloted for action before out on strike today.

Yesterday’s autumn statement made matters worse. Taking the pensions contribution increases together with the current pay freeze and a further two years of a one per cent pay cap adds up to a 16 per cent cut in living standards on average by 2014. For many just above average pay it will be even steeper.

Government attacks on the strike have been predictable. They tell us that not enough people voted for them, yet every union that has balloted has achieved a big majority. Across all the ballots support for a yes vote was 77 per cent.

Five unions got a bigger share of their membership to vote yes than any MP managed from voters at their constituency at the last election.

Opponents make much of poor pensions in the private sector as if a race to the bottom was the solution.

Of course it is unfair that two out of three private sector workers are not in a workplace pension, but it would hardly make the world a better place if we expelled two out of three civil servants from their pension scheme too.

I want to see a fair negotiated settlement to this dispute. But ministers would be well advised to reflect on how they have managed to unite the entire public sector in opposition to their plans.

A deal can be done but there needs to be serious engagement in the weeks ahead. Sometimes only a cliché will do: The ball is in the government’s court.

31 Responses to “Barber: Why are lollipop ladies paying to cancel the bankers’ bonus tax?”