Alex Hern argues that the multi-million pound cost of hiring new judges to deal with the appeal backlog for welfare cases shows yet again the false economy of the cuts. 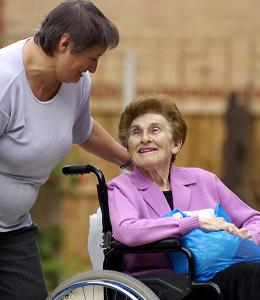 The Times is reporting today that the backlog of appeals by welfare claimants against the removal of their benefits is now long enough that the government has had to hire 84 new judges to deal with it.

It is the first time that extra posts have been needed since 2007, when only ten Social Entitlement Chamber judges were recruited to oversee welfare appeals. In recent months 84 have been hired to help to deal with the caseload, at a pro-rata salary of £101,000 per year.

Ministers have begun a programme to check whether all 2.6 million people on incapacity benefit are actually fit to work. About 11,000 claimants a week are being reassessed. Judges have privately warned about the growing queue of people appealing against being taken off benefits. Some blame flaws in the Work Capability Assessment (WCA) which is used to test whether a claimant is ready for a job.

In 2010-11 the number of appeals in the Social Entitlement Chamber, where welfare appeals are heard, were 23 per cent higher than the preceding year and 72 per cent up on 2008-09. This “unprecedented workload” was a big factor in the extra £5.5 million cost of running the court.

Last week the Government announced a series of changes to the WCA amid concerns that poor decisions by those carrying them out were fuelling appeals.

This is just the latest example of the false economy of the government’s cuts to welfare. Firstly there’s the dodgy way the commission happens:

Among those selected by the government to carry out its welfare to work programme are Atos, G4S and Serco – companies that have dubious records carrying out public sector contracts.

For example, it was Atos’s healthcare arm that needed to pull out of a ten-year contract to run a GP surgery in London’s east end after three years, as it could not provide the services it promised and was suspended from providing ultrascans for the NHS, due to technical errors and recording patients information incorrectly. Up to 900 patients had to be rescanned.

A proponent of outsourcing could say that the way forward was obvious: do not renew the contracts involved and let Atos, G4S and Serco face the market consequences. Except this all does leave a puzzle. One reason why outsourcing is meant to work is that instead of government doing lots of jobs mediocrely, it should outsource services specialist companies that are experts in that particular service.

Yet these companies are not specialists in any type of service. Despite not mastering healthcare, detention or hygiene services, they offer dozens of services, that include welfare to work.

What does unite the different services is not what they actually involve, but that they require applying for public sector contracts. And for that, they hire lobbyists: lots of them.

Then the assessments are done so poorly that huge numbers are overturned:

Assessments are carried out by “medical professionals” who are not required to be nurses or doctors and a recent Compass report showed that the assessment process was “unfit for purpose” with 35 per cent of cases going to appeal and up to 70 per cent of those appeals being upheld.

ATOS are paid according to how many people they assess as fit, and just nine per cent of those previously considered unable to work are now being found incapable of any work at all.

And even if it ran smoothly, this remains a system which seems positively designed to put the heaviest burden on those least able to bear the pain. It is an embarrassment for us as a nation.

• Welfare-to-work companies may be better at ‘playing the game’ than providing services – Daniel Elton, June 10th 2011