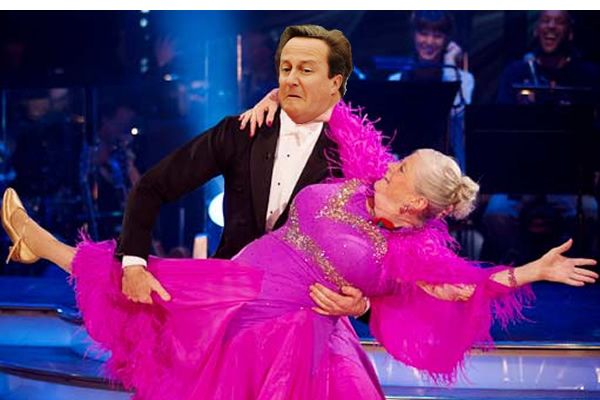 “Anne Widdecombe is often right – not always, but often.”

Does he agree that abortion is equivalent to murder?

Does he agree that “expressions of antipathy” towards gay people are fine if one is Christian?

Does he agree that the Church apologising for its role in slavery is “ludicrous”?

Does he agree that “we haven’t had any change in the Earth’s temperature for the whole of this century”, and that there is “no climate change”?

Does he agree that sex education is “a matter for parents”, not schools?

Does he agree that suffragettes would have “chained themselves to railings in protest” against all-women shortlists?

Does he agree that it is “wrong to promote” a gay lifestyle?

Does he agree that there is a “moral responsibility” to make the death penalty available to courts?

Does he agree that there shouldn’t be a network for gay MPs?

Does he agree that the age of consent for gay men should have remained at 18?

We must hope that the reason Cameron thinks Widdecombe is sometimes right is the same reason we do: Agreement that fox hunting is “cruel” and “rightly doomed”.

• The “equality landmine” that the Coalition is supposed to back – Sunder Katwala, August 25th 2010

10 Responses to “What the fox does Cameron agree with Widdecombe on?”