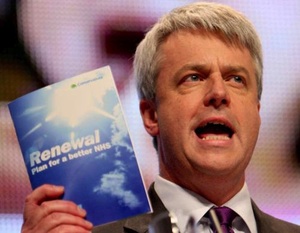 A new report from the King’s Fund and official Department of Health figures, both released today, show waiting times in the NHS have skyrocketed since the government oversaw a re-examination of targets that encouraged hospitals to keep them low.

The number of patients waiting more than the recommended maximum of 18 weeks for NHS treatment has soared by 48% since last year.

Figures released by the Department of Health came as a separate report by the King’s Fund found that in more than 45 hospital trusts, more than 10% of patients were not admitted within 18 weeks of being referred by their GPs, breaching legally binding targets in the NHS constitution.

The figures have more than doubled on the previous year.

The report found that while the NHS overall had managed to meet targets on waiting times and infections despite hospitals having to find savings of between 6% and 7% this year, this masked “considerable variation” at a local level.

Using government data, the Guardian found that 28,635 patients in England who were treated in an NHS hospital during August had been waiting more than 18 weeks, compared with 19,355 in the same month in 2010 – a rise of 48%.

This new finding will certainly not do anything to help the government’s protestations that they can be trusted with the NHS.

We saw last night that Dr Phil Hammond has professional concerns about the NHS in the government’s hands, we saw in the Lords that even many of those who voted for the bill expressed strong doubts about it’s content, and we saw the mass rebellion of nearly every group who would be affected by the bill, except those who stand to make money from it: now we see the disastrous effects of the Tories’ very first change to the NHS after their election.

Back in June, we reported on the public’s total lack of faith in the government’s handling of the NHS. Then, ComRes reported the people agreeing with the following statements:

• “The Conservative Party’s plans for the NHS are just a way to privatise parts of the health service” – 51% agree, 23% disagree;

• “The Government should scrap the current proposals for NHS reform and start from scratch” – 49% agree, 19% disagree.