IPPR Associate Director Matt Cavanagh writes about the potential for a new liberal immigration policy, based on both progressive values and evidence. 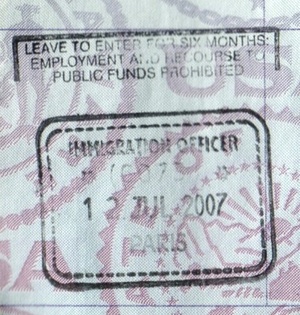 Recent trends in immigration policy across the developed world show a general drift towards a tougher or more restrictive approach.

This year, as well as the UK’s more restrictive stance, several continental European countries have responded to concerns about unemployment, and about irregular migrants from the arab spring, by questioning the right to free movement inside the EU – and in particular, by considering the reintroduction of border controls between countries in the Schengen area.

The concrete proposals which emerged after months of meetings are predictably limited (see pp. 7-9 in this pdf), but commentators have started to cite migration alongside the euro crisis as the issues which could bring the entire European project to an end.

America, which unlike European states defines itself as a “nation of immigrants”, and whose democratic arithmetic is more favourable to liberal reform, has nevertheless seen a hardening of the debate over the last few years. Australian and Canadian policies have also become more restrictive (though Canada remains the most liberal).

However, in the last six weeks there have been a number of developments running against this general drift.

The Obama administration clearly still believes that trying to get the DREAM Act on regularising illegal migrants through congress would either fail, or exact too high a price for success; but rather than giving up entirely, it has started to pursue some of the same objectives through executive order.

Australia has announced it is reverting to a more liberal approach to student immigration; and the new centre-left coalition in Denmark has set out a more liberal approach across the range of immigration policy. I explained here back in May why the American debate over regularisation has limited direct relevance for the UK. But the Australian and Danish decisions are both highly relevant.

In reversing many of the recent restrictions placed on student visas, the Australian government has cited the same arguments which are made by critics of current UK policy (including IPPR in a report earlier this year). Education and training is an important export industry: Australia has realised it is their third largest, but it is also worth £28bn in exports to the UK, according to a 2007 estimate by the British Council.

The Australian government has accepted that previous policy changes have made their universities and colleges uncompetitive in the global market; similar fears are being expressed today in the UK, where there is the added problem that a drop in revenue from foreign students will hit universities and colleges at the same time as deep cuts in central government funding.

British ministers should reflect on the Australian move, and consider the case for similar policy adjustments here, before too much damage is done – noting in particular the Australian decision to reintroduce the option for foreign students to stay on and work after graduation. The great majority of foreign students do not stay permanently, but they clearly value the option, and in a competitive market, they will choose countries which provide it.

Such policy adjustments are perfectly compatible with continuing to take a robust approach to student visa scams and bogus colleges: in fact the two should be seen as mutually supportive. If action on scams and bogus colleges can restore public faith that the great majority of those coming on student visas are genuinely here to study, there will be a strong case for separating them from the numbers game of the net migration target – especially since only a small minority stay permanently anyway.

As for Denmark, the previous government had taken among the most hawkish approaches to immigration in Western Europe outside the UK, but the new government has set out a wide range of liberalising reforms. Some, like the plan to equalise welfare rights for new migrants, would stand no chance of attracting broad political support in Britain at present.Others are of more immediate interest.

One example concerns the “attachment requirement”, under which a Danish citizen or resident wishing to sponsor an immigration application by a spouse or partner has to demonstrate that the couple have a greater combined attachment to Denmark than any other country. This is relevant because the UK government is consulting on adopting the same policy, at precisely the point when the Danish government is about to change it.

The second example relates to restrictions on asylum seekers being able to work. This has always been an unsatisfactory policy: on the one hand, the fact that most asylum seekers cannot work legally is frustrating and demeaning for them, and contributes to the widespread perception, encouraged by the media, that they are ‘benefit scroungers’; on the other, successive governments have been convinced that relaxing the restrictions would encourage irregular migrants to make an asylum claim even though their main motive is economic. But is this latter conviction right?

A recent study, by Tim Hatton for the Centre of Economic Policy Research, concluded that some of the ‘tough’ asylum policies adopted by the Labour government in the early 2000s did indeed have an effect in reducing asylum claims (not just in the UK, but across the OECD), but others did not. In particular, Hatton found that while strengthening border controls and reforming the asylum process did have an effect, restricting welfare benefits and the right to work did not.

So the new Danish plan to allow asylum seekers to work after 6 months (compared to the UK policy, which allows them to work after 12 months, if they are deemed to have fully cooperated with the authorities) can be seen as based on evidence, as well as progressive values. It could be a useful test: if Danish asylum claims do not rise, this could give liberal-minded policymakers more confidence to press for a similar change in the UK.

• How the disabled took all the jobs – Declan Gaffney, September 1st 2011

• The American immigration debate – a chance for liberal reform, but not yet – Matt Cavanagh, May 14th 2011

• Immigration and employment: The truth behind the right-wing spin – Sarah Mulley, August 13th 2010

20 Responses to “May is wrong: We can have a liberal immigration policy”