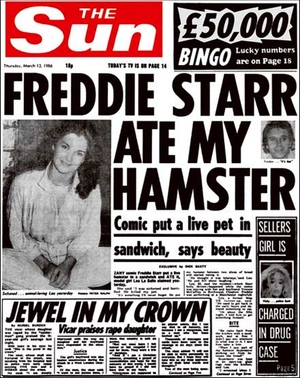 Ruwan Subasinghe is a lawyer at an international trade union federation

If bankers and politicians previously headed the public’s vilification rankings, journalists (and their employers) are now right up there thanks to hackgate. Many commentators have highlighted British journalism’s current ‘moral vacuum’ and offered possible remedies in the form of regulation and legislation. However, as a primarily self-regulated industry, questions need to be asked about the very nature of journalism in this country and the ever growing need for journalists to have a strong collective voice.

Journalism in the UK has always been more of a trade than a profession. Unlike in Italy, where the state-sponsored Order of Journalists regulates the industry by making membership of the Order a strict requirement for aspiring journalists, self-regulation has always been the central pillar of British journalism. Compulsory apprenticeships and entrance exams would be totally alien concepts over here.

It is perhaps for this reason that Ivan Lewis’ suggestion at the Labour Party conference last week that journalists “guilty of gross malpractice should be struck off” was met with such contempt. In fact, the National Union of Journalists likened his “ridiculous” suggestion to the “blacklisting” of journalists.

But if there’s one thing we learned from hackgate, it is that the Press Complaints Commission (a voluntary regulatory body funded by its members) is not policing its Code of Practice effectively.  Therefore, if we are to maintain our vibrant and dynamic self-regulated newspaper industry, the NUJ needs to take centre stage.

As the NUJ President succinctly puts it, the union’s code of conduct is “widely recognised as outlining the fundamentals of ethical journalism”. Every member agrees to adhere to the code by virtue of membership and internal disciplinary procedures exist to address breaches of the code. The fact that these union members can take collective action over ethical issues is the primary reason why they would be more likely to abide by this code over the industry-run PCC’s one.

This is precisely what was lacking at News International.

Thanks to UK union recognition laws however, Murdoch was able to use NISA to block attempts by independent unions seeking recognition. This remarkable legal loophole, which allows a company-sponsored union to obstruct genuine representation, is quite clearly a violation of ILO Convention 98. As with the rest of the Thatcherite anti-union laws, this provision falls well short of international standards.

It is perhaps no surprise then that the TUC Congress unanimously voted to support the NUJ’s motion for a new legally binding conscience clause last week. This would technically allow reporters who feel they are being pressured to produce material that is not supported by evidence or quite simply fanciful to refuse that assignment without the fear of dismissal or reprisal.

While conscience clauses would certainly do no harm, they would not work in a News of the World situation where no union exists to fight in the complainant’s corner. The fact is that existing employment law already protects those willing to expose extreme editorial malpractice.

For example, the UK’s whistleblowing regime makes a dismissal automatically unfair where the reason for the dismissal was the making of a protected disclosure. They include, among other things, disclosing information about criminal offences, breaches of any legal obligation and miscarriages of justice.

Further, the much vaunted implied contractual term of mutual trust and confidence places an obligation on employers not to conduct a corrupt or dishonest business. An employee who discovers they are employed by such an employer can treat themselves as constructively dismissed. It is also important to remember that the foundation of managerial prerogative, the employee’s duty to obey orders only applies to lawful and reasonable instructions. Therefore, an illegal order from an employer would not bind an employee.

What this proves is that print unions in a self-regulated news industry are more than your average trade union; they help generate a professional culture while guaranteeing high ethical standards and discipline.

Part of the solution to preventing another Hackgate certainly lies in revising the UK’s farcical union recognition laws. Then those union dinosaurs might be able to teach the likes of Murdoch a thing or two about honesty and integrity.

• The Daily Mail’s poisonous lies must be fought by all trade unionists – Rick Coyle, September 23rd 2011