The Daily Mail’s rent-a-rev, Reverend Peter Mullen, who has attacked the St Paul’s Occupy London protests, called for gays to be tattooed with health warnings. 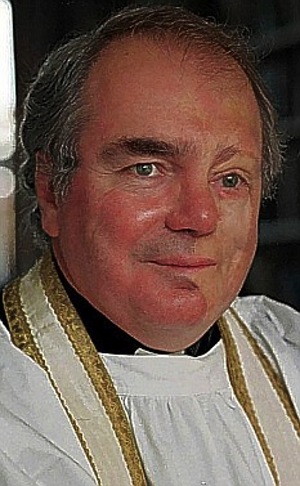 The Daily Mail has a piece on their “RightMinds” blog by a Reverend Peter Mullen, calling on Occupy London to leave the St Paul’s churchyard:

“These protesters are an anomalous bunch of slick and hypocritical part-timers. Many leave the hideous eyesore of their camp each evening to return home, to examine their emails – without which they would be unable to continue their own capitalist enterprises.

“Some of them perhaps enjoy a hot bath, one or two of them might even shave before checking their personal share prices on the Internet. They no doubt all recharge those well-known capitalist devices  – their mobile phones and blackberries – without which they would be powerless of course to conduct their adolescent, pretend anti-capitalist revolution.

“The Bishop of London is quite right to say that the protesters should move on. It is a pity that he did not add the admonition to both them and to his Dean and Canons to grow up.

Rev. Mullen is no stranger to the pages of the Mail. His previous height of fame was in 2008, when he was the subject of a story headlined “Gay men should be forced to have ‘health warning’ tattoos, says Stock Exchange chaplain”:

The Rev Peter Mullen, chaplain to the London Stock Exchange, called for homosexuals to be tattooed with warnings about the perils of gay sex in a cigarette-packet-style health warning.

Mr Mullen, 66, has insisted it had all been a joke and he had nothing against gay men.

But he was forced to remove the comments from his internet blog, and the Bishop of London described them as ‘highly offensive’.

In the blog, Mr Mullen wrote: ‘Let us make it obligatory for homosexuals to have their backsides tattooed with the slogan SODOMY CAN SERIOUSLY DAMAGE YOUR HEALTH.

‘In addition, the obscene ‘gay pride’ parades and carnivals should be banned for they give rise to passive corruption, comparable to passive smoking. Young people forced to witness these excrescences are corrupted by them.’

Maybe it’s time the Mail stopped giving a platform to this raving bigot.