Ruwan Subasinghe writes about the opportunities for David Miliband in tackling youth unemployment, even as the coalition cuts crucial programs which help. 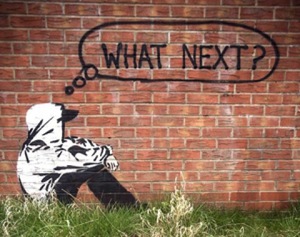 The ONS’s latest unemployment figures released this month prompted much huffing and puffing from the usual suspects and beyond.  However, things were somewhat different this time round, with the number of young people out of work rising to a staggering 991,000.

The release of these figures coincided with David Miliband’s first foray into the limelight as chair of the ACEVO (the national third sector leaders’ body) Commission on Youth Unemployment. A day before the ONS announcement, he stated unequivocally that youth unemployment “scarred people for life” and that we must “not let the scourge of unemployment leave a permanent mark on the hundreds of young people living through it today”.

Together with his strong performances as the de facto leader of the Labour Party renewal project Movement for Change, David Miliband’s chairmanship of the commission has once again propelled him into the public eye.

With the media’s increasing focus on Mr Miliband’s political resurrection, it is hoped that the commission’s work will also get some deserved air time. One piece of very interesting research presented to the commission by the National institute for Economic and Social Research earlier this month shed light on how youth unemployment and NEEThood (not in education, employment or training) are set within individuals’ wider education and labour market histories.

In contrast to other available analyses that only consider the labour market circumstances of youth at a given point in time, this research studies the patterns of labour market history of a defined sample of individuals over the full five years following the end of compulsory education.

Paolo Lucchino, co-researcher on the project, had the following to tell me about his findings:

“While the nine out of ten youths who make successful transitions [from school to full-time education or work] follow quite straightforward patterns, the 10 per cent entering unsuccessful trajectories actually exhibit five distinct and unique patterns, each possibly requiring a different form of intervention”.

With an estimated 80,000 16 year olds entering these unsuccessful trajectories every year, the cutting of Connexions and the axing of the Future Jobs Fund beggars belief.

Here we are being told about the ‘central importance’ of the school to work transition, yet the very service offering youngsters careers information, advice and guidance is being cut. With the trebling of tuition fees and the removal of the Education Maintenance Allowance, even those on successful trajectories might now fall by the wayside. Tackling NEEThood via targeted government intervention appears to be a very distant mirage at present.

The coalition will look to its newly launched work academies programme, which aims to provide training, work experience and guaranteed job interviews for youngsters in a wide range of industries, to counter the arguments of its detractors. While this would certainly be a welcome initiative in a growing economy, where these jobs will magically appear from is a mystery.

This tragic situation presents an opportunity for the Labour Party to repair its strained ties with the trade unions and hammer out concrete proposals to tackle this issue head on. The TUC has been active on the youth front with the launch of the Next Generation Campaign and its Rights for Interns project has certainly been a laudable effort.

Labour could do with the mobilisation skills and manpower of the unions at this critical juncture.

The elder Miliband should make this topic the renewed Labour Party’s priority. Who knows, with the support of the maligned unions we might just be able to prevent the coalition from quietly creating another lost generation.

16 Responses to “The coalition is failing to tackle youth unemployment”