Chris Jordan, a tax justice campaigner at Action Aid, writes about taking on the tax havens. 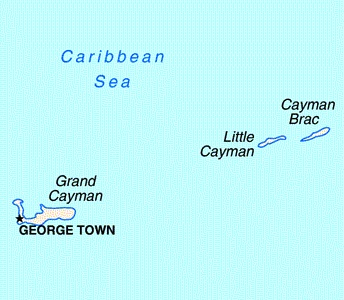 Chris Jordan is a tax justice campaigner at ActionAid

On Tuesday, ActionAid exposed that 98 of the FTSE 100 companies are using tax havens, where they locate almost 40% of their overseas subsidiaries.

The story received plenty of press coverage, with the Economist, Guardian, Telegraph and the Daily Mail giving us a good write up. Even the Beeb, which doesn’t regularly cover tax justice issues, got in on the act, asking if the tide was turning on tax havens. And of course, the story was also covered here on Left Foot Forward.

The company responses are interesting too.

Our research showed that advertising giants WPP clocked up the most operations in tax havens, their spokesman candidly admitting:

“I am not saying there are not any companies there for tax planning reasons… That’s one of the reasons we moved [WPP’s head office] to Dublin.”

A spokesman for Barclays, which has 174 companies in the Cayman Islands alone, said:

“All foreign subsidiaries are included in returns to HMRC either because they are UK tax resident and file UK tax returns or because they are listed on returns giving information on income earned that may be subject to UK tax under what is referred to as the controlled foreign company legislation.”

The techy sounding ‘controlled foreign company rules’ Barclays refer to are currently designed to deter tax haven abuse by companies. But the Treasury is currently proposing to relax these rules, giving an £840 million tax break to the very multinational companies that are using tax havens.

Not only would the UK lose out on almost a billion pounds in revenue from big business, the changes would also give the green light for UK companies to shift even more of the profits they make in the developing world, into tax havens. The government needs to re-think its plans on this one – and urgently.

While much of the media coverage has (understandably) focused on the revenue losses UK, for ActionAid, the impact of tax havens on developing countries is what we are really worried about.

So what’s the problem?

An expanded tax revenue base in developing countries is the only sustainable source of funding for governments to invest in reducing poverty and inequality. It means that they don’t need to depend on aid and can become self-reliant.

Yet, the OECD estimates that developing countries lose almost three times more to tax havens than all the aid they receive each year. That’s as much as US$360 billion a year, which would easily be enough to achieve the Millennium Development Goals.

ActionAid research has already shown exactly how FTSE companies use tax havens to siphon much needed revenues out of poor countries. We found that SABMiller, owner of Groslch and Peroni, was selling lots of beer across Africa, but shifting the profits into Switzerland, Mauritius and the Netherlands. The tax it dodges would be enough to educate an additional 250,000 African children a year.

South African finance minister Pravin Gordham has complained that “aggressive tax avoidance is a serious cancer eating into the fiscal base of many countries”. A real lack of transparency makes it difficult for developing country tax authorities to identify and collect taxes owed by multinational companies operating in their countries.

Given their capacity constraints, this is difficult enough for poor countries to deal with, but is exacerbated ten-fold by the veil of secrecy generated by tax havens.

With financial turmoil continuing to stalk the global economy, the G20 summit in France this year must take the opportunity to finish the job it started in 2009.

“There should be transparency. Particularly the tax havens should cooperate with countries to unearth the ill-gotten resources which are being deposited there.”

The G20 can bring an end to tax haven secrecy by ensuring that all tax havens are forced to share information with tax authorities, not only in rich countries, but also in developing countries that want to receive it, by supporting multilateral tax information exchange initiatives.

The G20 should also make all multinationals publish a basic set of accounts in every country they’re based in – including tax havens. This would provide a powerful deterrent against companies which, for example, make their profits in Ghana (or the UK), but declare the profits in Switzerland.

Ordinary people and small and medium-sized businesses in both developing and developed countries lose out when companies use tax havens to avoid their taxes. Given the ongoing economic crisis, government action is urgently needed to wean multinational companies off their addiction to tax havens.

The world needs tax justice; please add your voice to our campaign.

• Hypocrite Murdoch tells us how to vote yet avoids billions in tax – Claire French, July 11th 2011

19 Responses to “Taking on the tax havens”