The number of people supporting independence for Scotland now leads those who disagree with it on both sides of the border, according to new polling. 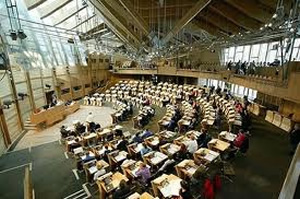 The number of people supporting independence for Scotland now leads those who disagree with it on both sides of the border, according to new polling (pdf).

The poll, compiled by ComRes for the Independent on Sunday and the Sunday Mirror shows that whilst across the UK as a whole, 39% of respondents support independence for Scotland (compared with 38% who disagree), across Scotland which will, in the end, decide the future makeup of the union through a referendum in the second half of the current Scottish Parliament, 49% agreed with the idea of independence, compared with 37% who disagreed.

The data comes just over a month after polling by TNS-BMRB for The Herald revealed the proportion of people supporting independence in Scotland was narrowly ahead of those against.

As the SNP prepares for its annual conference to begin in Inverness on Thursday, the polling will prove a major boost for Alex Salmond as he considers the very real possibility the Scottish people could well give him the independent Scotland that he and his party have long dreamt off.

“This is an excellent poll that shows support, in both Scotland and England, for our nations having a new relationship of equality as two independent countries, sharing a head of state and working together as partners in Europe.”

And speaking exclusively to Left Foot Forward, Andrew Hawkins, chairman of ComRes, suggested the prospect of an independent Scotland might not all be bad news for the Conservatives either.

“Referendums are all about momentum so it is significant that the Scottish sub-sample is on the move in favour of independence while in the rest of Britain the fear of seeing Scotland leave the UK is receding.

“The key long term issue this raises, and which people are not yet grasping, is the impact on Westminster of an inbuilt Tory majority if independence succeeds.”

With the ComRes poll pdf also highlighting support for the Conservatives and Liberal Democrats in Scotland stands at 15% and 5% respectively – compared with support for Labour of 25% and 37% for the SNP – despite the prime minister’s rhetoric, no credible campaign in favour of keeping Scotland within the union can be led by either the Conservatives of Lib Dems.

It is Labour duty, therefore, to establish and lead a credible campaign against Alex Salmond, led by someone with the ability and skills needed to take on the master of Scottish Politics.

“Those of us who believe in devolution have nothing to fear from the Scottish people. The only person who does is Alex Salmond who won’t bring forward his referendum because he thinks he’ll lose. The reality is that the vast majority of Scots want to make our country better, not separate.

“A survey of a hundred-odd folk is not a serious opinion poll – to get a statistically significant poll you really need a sample size ten times that, and such polls routinely show the vast majority of scots want a strong Scotland as part of the UK.”

Ed Miliband’s readiness to promote more Scottish MPs to Labour’s frontbench is undoubtedly welcome – but they will need to avoid being seen as mouthpieces for the party in Westminster. As Douglas Alexander has himself alluded to, Scottish Labour needs to form a distinctly Scottish view of society, established in Scotland itself.

That may mean some variance in policy from London, but it is a variance that is needed to ensure the party north of the border is able to respond to the SNP machine effectively and reclaim the mantra of being the party of Scotland.

The campaign needs to be one based on grassroots support, working not just with other parties but also with campaigning and civic organisations and groups that wish to see Scotland remain in the UK. A strong, positive message has to be agreed between them all to avoid the impression the case against independence is all about picking holes in the SNP and practicing the politics of negativity.

Senior Scottish Labour figures need also to drop altogether their continued insistence they cannot campaign alongside David Cameron and Nick Clegg. A campaign to save the union has got to be based on recognition it is the SNP rather than the coalition in Westminster that are the threat. If May’s elections should teach Labour anything, it is that trying to fight the Tories in Scotland is a waste of time and energy.

And finally, as members of the Scottish Labour party consider who would be best to lead them, they will need to do so with the prospect of a hotly, and in all likelihood, bitter campaign ahead. The next leader of the party in Scotland will need the energy, ability and communications skills to get a clear message to the people of Scotland and more importantly to take Alex Salmond on and win.

As Scottish Labour continue their internal navel gazing it’s time to look out, to take the SNP on and once again become winners north of the border, not just for its own sake, but for the future of Scotland.

So far, it is nowhere near achieving it.

• Supporters of the Union must wake up to the real prospect of independence – Ed Jacobs, September 5th 2011

• Calls for Holyrood reform, as ‘no to independence’ campaign gets serious – Ed Jacobs, June 13th 2011