The lessons from Saul Alinksy for the Occupy LSX protesters may be to set themselves a deadline to leave Paternoster Square, and link up with left-wing Christians. 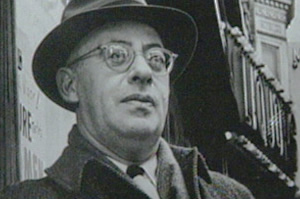 Saul Alinsky inspired the community organising movement and still haunts corporate America to this day; as one of the most successful non-elected progressives in the USA of the 20th century, it is worthwhile asking what advice he would have given to the protesters, as the ongoing legal effort to evict them rumbles on through the courts, writes Daniel Elton

Alinsky’s 12 “Rules for Radicals”, written in the book of that name, may give us an insight into what the great man may have said.

The full list can be found here, but three may be of particular relevance at this time:

1. “A tactic that drags on too long becomes a drag”

This is undoubtedly the biggest danger that faces the OccupyLSX movement now. Their original occupation became a hook for media commentators to talk about the iniquities of global capitalism, and the question “what do you think of the protest?” sparked the sort of discussions protesters hoped to see.

But now the initial buzz appears to be fading, and they are in danger, like the anti-war protesters of Parliament Square, of becoming ‘part of the furniture’.

Worse still, once it appears the initial momentum is lost, some previous friendly commentators may start seeing the protest as nothing more than an inneffective inconvenience, especially if it disrupts Remembrance Day events.

The activists should set themselves that deadline to quit the area and find a new vehicle for their protest.

2. “Make the enemy live up to its own book of rules”

Presumably, St Paul’s Cathedral is in favour of prayer. This is what makes the coalition of left-wing Christian groups, threatening to hold a prayer vigil in the protest tents if authorities attempt to confiscate the tents so critical to how the protest plays out.

The sight of people being roughed up while praying will be giving the cathedral clergy nightmares. However, the temporal authorities of the City of London and the Chapter of the church may be so divorced from a sense of how public opinion works that they may plough on regardless.

At the moment this appears to be the protesters’ only trump card. They need to think more quickly to strengthen their hand.

3. “The price of a successful attack is a constructive alternative”

This has always been one of the protesters’ main problems. They do now have a set of demands, focusing on the bizarre unaccountability of the City of London.

At a time when the prime minister is fiddling around with the restrictive qualifications to be the UK’s head of state to ensure they eveolve from being all-too-incredibly discriminatory to merely being incredibly discriminatory, it does seem a pertinant question to ask why businesses get votes for the City of London council, and why secret practices can continue that enable it be considered a tax haven.

Lord Glasman has rallied behind the call, having been active on the issue for some time.

It appears time to focus on those demands, and devise tactics that can continue to catch the public’s imagination.

• What does responsibility actually mean to those at the top? – Zoe Gannon, June 14th 2011

11 Responses to “What Would Alinsky Do: Why Occupy LSX need to quit St Paul’s”