Protests similar to those that have targeted Wall Street in recent weeks are set to hit the City of London this weekend, reports Left Foot Forward’s Shamik Das. 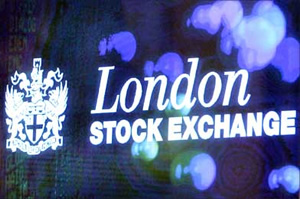 Protests similar to those that have targeted Wall Street in recent weeks are set to hit the City of London this weekend. Protesters will occupy an area near the London Stock Exchange, highlighting what they call “the social and economic injustice in the UK and beyond”.

The organisers have told us they expect more than 3,500 attendees this Saturday, “taking to the streets to hold the global financial system to task”.

An OccupyLSX supporter told us:

“Why are we paying for a crisis the banks caused? More than a million people have lost their jobs and tens of thousands of homes have been repossessed, while small businesses are struggling to survive.

“Yet bankers continue to make billions in profit and pay themselves enormous bonuses, even after we bailed them out with £850bn.”

With another protester explaining:

“This is a people-powered movement protesting against the increasing social and economic injustice in the UK. We want to stand with the 99% – the overwhelming majority who value people over profit. We want to make our voices heard against greed, corruption and for a democratic, just society.

“We stand in solidarity with Occupy Wall Street, protesters in Spain, Greece and the Middle East who started this movement. They have inspired people all over the world to step forward and make their voices heard – now.”

The occupation in London comes at the same time hundreds of cities around the world are protesting under the banner of “United For Global Change”, calling for “true democracy”. The protesters will seek to challenge the power held by the financial sector and the system that regulates it, which they say are failing to operate in the interests of people across the UK.

UK Uncut, which organised the “Block the Bridge, Block the Bill” protests against the government’s health reforms last Sunday, are supporting the protests; they told us:

“The success of the square occupations across Spain in calling for democracy and an end to austerity, alongside the rapid growth of the Wall Street occupation, has shown that this is what is needed in London and the UK. The government is ignoring its electorate as they impose these austerity measures.”

The organisers say it is a movement that “transcends political affiliation”, adding:

“It aims to open a dialogue on reforming finance and government so that each better serve and protect the interests and well being of the 99%.”

With further evidence emerging this week of the devastating consequences of the coalition’s austerity drive – as Left Foot Forward reported yesterday, their policies are increasing child poverty, the poorest children are actually getting poorer – do not be surprised if thousands upon thousands, shorn of jobs, education and hope, take to the streets and stay there.