Left Foot Forward’s Alex Hern reports on Lord Owen’s remarks about the health and social care bill as it enters its second reading in the House of Lords. 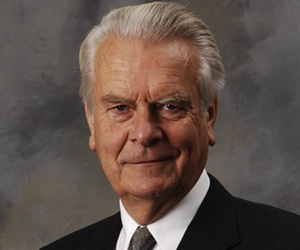 Lord Owen has given his speech in support of his motion to refer the health and social care bill to a select committee for thorough review.

Talking about the NHS being threatened for the first time by the coalition, he argued that the major mistake of the bill was the idea it contained that the government could simply wash its hands of the difficult decisions of rationing provision, and that this idea being taken to its logical conclusion results in the rationing being handled by private spending instead, as in the USA.

“I would like to go into the essence of the health service. I got into trouble when I was minister for health for using the phrase ‘a rationed health service’. I have repeated that on many occasions. Health spending is almost unlimited. We ration the health service, and yet the health service remains extraordinarily popular with the public. It is the one institution which no political party up till now has really threatened. Why is that?

“There are many reasons, but I do believe a deep reason is that the public think that the rationing process is fair. That it is rooted in democracy, it is rooted in parliament and what I do think is the purists have – and I’m a reformer, I was the first person to advocate an internal market in the health service, but I never thought that it would lead to an external market, a pure market.

“Health is not a public utility. Health is different. Sometimes the health professionals have talked too much about money to ministers of health, as Enoch Powell in a classic speech said. We must cherish the fact that it is a pool of altruism in our society. It is different.

“People commit hours of time – surgeons and porters, nurses and physiotherapists – far beyond the call of duty, ignoring the EU directives time after time. Are we going to foster that, are we going to keep it?

“Now the other purist issue – firstly to go for an external market, and secondly to think you can separate out the running of the health service entirely in its production from the secretary of state.”

Owen also argued that health spending should be looked at in its totality, rather than just at the NHS’s budget:

“The idea that the secretary of state can stand aside from all these things – I see the former chancellor of the exchequer, he knows too – in this rationing its not just what you spend by the state, its also what you spend privately, it’s the total budget that health takes – and if it gets too high, as it has undoubtedly done in the United States, it takes away from other sectors private or public.

“So this rationing process is one that we are all involved in, and I believe that a select committee is the only procedure that can look at the complexity of this new relationship we are trying to establish, and if we get it wrong we will be in very serious trouble.”

39 Responses to “Lord Owen: NHS is under threat like never before”