Tamasin Cave of the Alliance for Lobbying Transparency argues that Liam Fox’s impropriety shows why we need to ensure lobbying becomes a well-regulated industry. 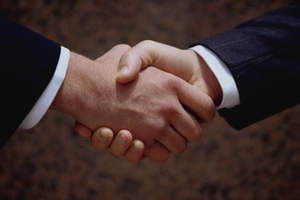 There are many questions thrown up by Liam Fox’s relationship with Adam Werritty, but perhaps the most significant is this: If the MoD isn’t paying Werritty, who is?

Which defence interests have had access to the defence secretary, without any public scrutiny, via his ‘advisor’?

Unfortunately, it’s the question we’re least likely to get an answer to.

In this instance, we now know that the ‘chance meeting’ between Liam Fox and the defence company Porton was the direct result of paid lobbying. Porton hired lobbyists Tetra Strategy to get to the defence secretary. It paid the firm £10,000 a month to secure a meeting. Tetra put Porton chief Harvey Boulter in touch with Werritty, who made the introductions to Fox.

This is how lobbying works.

But who are the other ‘defence-related business interests’ that he works for?

We may never know. But we could have known, had the government delivered on its pledge to ‘shine the light of transparency on lobbying’.

Last year, Cameron promised he’d “force our politics to come clean about who is buying power and influence”, because, he said, he believes “secret corporate lobbying… is why people are so fed up with politics”. In May last year, we saw a commitment from the coalition to introduce a compulsory register of lobbyists.

This would reveal who is lobbying whom and about what. Anyone engaged in lobbying would have to regularly declare their clients, who they had met, and what was discussed. Simple.

Yet the government has sat on its hands. Eighteen months on, we are still no nearer to having public scrutiny of the £2bn lobbying industry. A consultation on the register has been due since last autumn. We’re still waiting.

From what we know of Adam Werritty’s activities, we can conclude he is acting as a lobbyist. What’s also apparent is that he’s trading on his friendship with Fox. Werritty’s career has mirrored that of Fox, first running a health consultancy when Fox was shadow health, then a defence consultancy.

With a regulated lobbying industry, Werritty’s role would be exposed and his clients would be in the public domain. As it is, too many questions remain and the stench of impropriety hangs about Westminster once again.