New analysis by Justice for All reveals housing and debt advice, received under legal aid, will not be available at all in a third of areas in England and Wales. 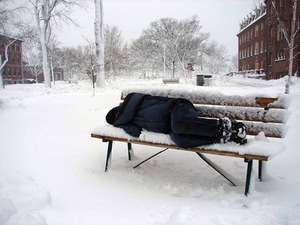 A new analysis by the Justice for All campaign suggests housing and debt advice under legal aid will not be available at all in a third of areas in England and Wales.

Left Foot Forward has reported before on the impact the cuts to legal aid will have on tens of thousands of vulnerable people denied legal advice on issues like benefits, debt, or employment.

Almost all social welfare advice, largely delivered by charities like Citizens Advice Bureaux and Law Centres – costing as little as £150 per case and saving up to £8 for every £1 invested – is being cut.

Yet the new analysis shows even the issues left covered – housing and debt cases involving ‘immediate risk of loss of home’ – will be unavailable in a third of the country because advice agencies, often charities like Citizens Advice Bureaux, Shelter, or Law Centres, are struggling to see how they make administratively cumbersome legal aid contracts work for just the handful of remaining cases.

Guidance from the soon-to-be scrapped Legal Services Commission, who administer the legal aid scheme, suggest full time advisers should take on between 250 and 300 cases each year.

In 40 of 133 of the Commission’s ‘procurement’ areas government figures predict the combined number of face to face debt and housing cases will be less than 300, meaning charities would have to undergo the full rigours of applying for a legal aid contract to employ less than one member of staff.

The research highlights not only the true extent of the cuts to social welfare advice, but also the huge problems in administering the legal aid system which campaigners have long pointed out. This year government spent £124m on administration – almost three times the amount cut from social welfare law, and although provisions in the bill will reduce this slightly, it will not fundamentally overhaul a cumbersome system that leaves many pracitioners agonising over paperwork.

Charities like Shelter, who provide help for people at risk of homelessness, are aware of the danger; chief executive Campbell Robb said:

“With this sudden slashing of funding it’s simply not viable for housing advice providers like Shelter to continue to deliver quality advice in these conditions. We certainly won’t be able to immediately plug the huge advice gaps across the country that these changes will leave…

“The government must rethink its plans urgently or risk leaving hundreds of thousands of people without  a line of defence when they need it most.”

The proposals to reduce the areas of advice which legal aid funds are currently being fast-tracked through parliament. The Justice for All campaign is calling for people to raise concerns with their MPs ahead of the crucial vote next week.