Declan Gaffney explains why John Humphrys is wrong on social security and welfare reform, ahead of the presenter’s BBC2 documentary on “The Future State of Welfare”. 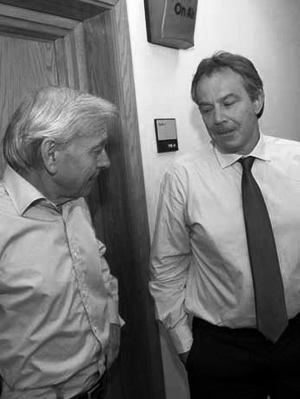 The social security system for people of working age differs from the other institutions of the UK welfare state in one vital respect.

When there is a major scandal in the NHS, this does not lead people to question the principle of healthcare free at the point of delivery; when schools send young people out into the world without qualifications, pundits don’t line up to argue it’s time to drop the idea of universal education.

But any evidence, however anecdotal, of failure on the part of the social security system leads to calls for its very existence to be put into question.

The NHS and the educational system are seen as having problems: social security is routinely presented as being a problem.

I doubt John Humphrys’s documentary for the BBC tonight will satisfy those who would like to see an American-style massacre of the UK benefits system, but it does look as if it will provide another pulpit for welfare-hysterics like Larry Mead to hold forth on the virtues of cutting people loose with no means of support.

And in an article for Monday’s Daily Mail, Humphrys got very close to endorsing the disagnosis of figures like Mead, concluding:

“Beveridge tried to slay the fifth evil giant [Idleness] and, in the process, helped to create a different sort of monster in its place: the age of entitlement. The battle for his successors is to bring it to an end.”

So it looks unlikely Humphrys will be using this high-profile opportunity to challenge the view social security has fostered what he calls “a dependency culture that has grown steadily over the past years”. Rather he seems to want to balance this assumption with a more sympathetic attitude to at least some people on benefits.

But welcome as this is, his article turns on the idea of a system which is inherently condemned to failure because of ‘welfare dependency’, with no acknowledgment this is a theory which needs to be tested against the evidence.

And the evidence doesn’t support the theory. Three examples from Humphrys’s article illustrate this.

Humphrys goes to visit the ward in Cardiff where he grew up, and notes “one in four people of working age in this area are now living on benefits”. (The figure was 24% as of February 2011). What he doesn’t mention is it is quite exceptional for such a large share of working age people in an area to be on benefits: this is the case in only 5% of wards in Great Britain.

And even if we accepted these unusually high rates of benefit receipt exemplified some more general pattern, it is hardly one of a “dependency culture that has grown steadily over the past years”, for the simple reason the numbers have not grown steadily: 1999, some 9.5 per cent of wards had 24% or more working age residents on benefits.

In 2007, before the recession, this had fallen to 3.7 per cent. This would suggest concentrations of benefit receipt are highly responsive to labour market conditions: the opposite of what is suggested by the ‘welfare dependency’ theory, which stands or falls on the extent to which benefit receipt fails to respond to what’s happening in the economy.

The second example is a typical case of big numbers being thrown around without asking what they mean.

Humphrys speaks to a GP in Tower Hamlets and asks:

“What does she think of the statistics that say there are 2.5m people too sick to work? Unbelievable, she says. Literally unbelievable.”

Unbelievable perhaps, but only when you ignore the fact no less than 52 per cent of people claiming sickness benefit (Incapacity Benefit/Employment Support Allowance) are disabled. We know this because they are also receiving Disability Living Allowance, which tops up their income to compensate for the care or mobility costs they face.

‘No less than 52%’, because there is an unknown number of disabled people who don’t meet the DLA criteria in the caseload as well.

Admittedly the way the official statistics are presented is unhelpful. People receiving DLA but not claiming an income replacement benefit (either because they are working or are living with their family and don’t qualify) are categorised by DWP as ‘disabled’, but the great majority who do need to claim IB/ESA are simply included in the sickness benefit group.

So the numbers ‘on the sick’ are more than doubled by the inclusion of this identifiable group of disabled people. And when it comes to long-term claims – which are routinely cited as evidence for the ‘welfare dependency’ theory – the numbers are being tripled: 67% of all sickness claims running for five years or more are combined with DLA.

Among the rest of the sickness benefit caseload, receipt has been falling for years without the use of tough sanctions on claimants or benefit cuts – the opposite of what the dependency theory would lead us to expect. So this vital piece of statistical support for the theory falls apart as soon as we take disability – a word which does not occur once in Humphrys’s article – into account.

But lone parents are the group where the dependency theory falls down most obviously. Lone parent employment rates fell from 60% at the end of the 1970s to 44% by the mid-1990s and then rose steadily, reaching 58% today. The kind of get-tough welfare policies advocated by dependency theorists play no role in this history.

The benefits regime didn’t get more generous in the 1980s, and between 1997 and 2008, lone parent employment increased steadily with only the mildest of increases in conditionality and increases rather than cuts in benefits (through child tax credit). The theory of ‘welfare dependency’ has nothing to offer in explaining these changes.

Nobody would argue the UK social security system is perfect, but those who claim it shows systemic failures which throw into question its survival in its current form have no evidence for their assertions: if they did, we would be seeing it, rather than the deluge of misleading statistics and half-truths which dominates debate.

In a sense, this may not matter; Humphrys notes:

“In my decades of reporting politics I have never before seen the sort of political consensus on the benefits system that we seem to be approaching now.”

He may be right, but if this is the case, it is not because the welfare dependency theory has proved itself – it has failed abysmally: it is because the political terms of trade have changed so all parties are engaged in a battle for marginal advantage on this terrain.

All of which raises an interesting question for journalists: if there is a political consensus here, should they not be trying to make politicians’ lives more difficult by challenging it, rather than easier by promoting it?

• How poor children will get poorer on Cameron’s watch – Sam Royston, October 11th 2011

• On welfare reform, IDS is ignoring the ERAD project; Miliband must not join him – Stephen Evans, October 7th 2011