A little-known program, the Employment Retention and Advancement Demonstration Project, could be the basis of a new phase of welfare reform, argues Stephen Evans. 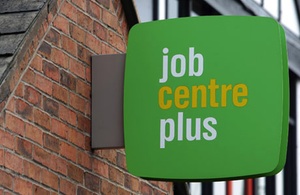 Back in 2003, the Labour government launched the catchily titled Employment Retention and Advancement Demonstration Project. In part this was driven by a young treasury advisor by the name of Ed Miliband.

Behind this clunky title, however, lay a simple idea: testing how best to help people to keep work and progress their careers. More than 16,000 people applied to be part of this programme.

Nearly ten years later, headlines focus on the squeezed middle and cutting benefit dependency. People find their costs of living going up, but their wages flatlining. At the same time, there is growing evidence, particularly from the Resolution Foundation, that it is those at the top that are capturing the gains from growth, while everyone else benefits less.

So it is timely that the results of this long running trial are in. And they show that it is not an immutable law of nature that the low paid should stay low paid, but that with proper help and support progression is achievable and benefits individuals (through higher salaries), businesses (through improved productivity) and the taxpayer (saving the Exchequer money).

The focus was on three groups:

It tested three sorts of help. The first was advice from an advancement support advisor (catchy titles were not this project’s strong point!). The second was help with things like tuition costs for training and other expenses. The third was cash bonuses for staying in work.

Initially the results were best for the parental groups. They got a significant boost to their earnings compared to the control group. This equated to around £300 per year, or 9% more than the control group got. But this came mainly from increasing their hours from part-time to full time. It is debatable whether this a good outcome or not. In any case, these effects faded over time as the control group caught up.

Crucially in this time of public spending cuts, the programme more than paid back its investment by the Exchequer. For the long-term unemployed group, it saved more than £1800 per participant – because  they were less likely to be claiming benefits and more likely to be earning more and hence paying more tax.

This is all part of a growing international evidence base on the best ways to help those on low incomes progress. The evaluation talks about numerous US schemes that have trialled similar approaches and got similar results.

But this is more than just an interesting piece of research; it can form the basis for a new phase of welfare reform. A recent IPPR report (which I should declare an interest in, having contributed ideas to it) called for a new advance programme to help those on low pay move from getting by to getting on, funded from the existing skills budget.

Unfortunately there seems little sign that these findings are going to be anything other than buried on the DWP website by the coalition government – while most research reports merit a departmental press release, this one doesn’t seem to have. The DWP’s work programme – its replacement for Labour’s new deals – is focused on helping people find work and stay in employment for 12 months, a logical extension of the shorter focus of previous programmes. But it has no focus on progression. And there don’t seem to be any current plans for skills policy, currently implementing 30% cuts, to build the lessons in either. All in all, the message to low paid workers seems to be ‘you’re on your own’.

The evidence from the ERAD project shows that it is possible to be more ambitious than that and that a new programme to help the low paid progress both works and saves the taxpayer money. Essential reading for Ed Miliband and his team as they develop a new policy prescription.

• The weirdness at the core of Universal Credit – Declan Gaffney, February 19th 2011

• IDS should proceed with caution when looking to emulate US welfare reforms – Sophia Parker, November 10th 2010

26 Responses to “On welfare reform, IDS is ignoring the ERAD project; Miliband must not join him”