Alex Hern runs over the madness that is the Conservative's new MEP for the East Midlands. 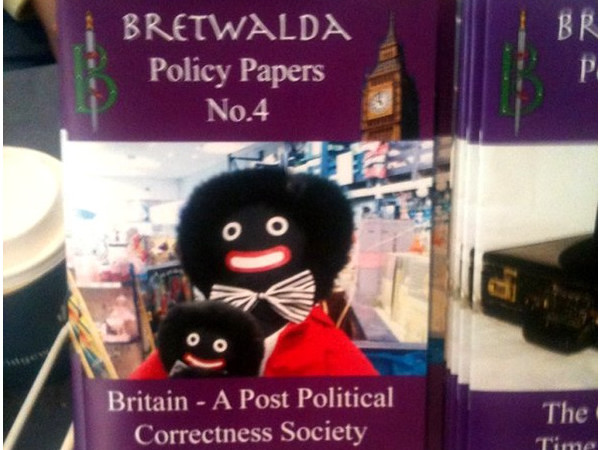 It appears we were too hasty in celebrating the exit of loony-fringe Tory MEP Roger Helmer for brighter – sorry, righter – pastures.

Owing to the list system in use in elections to the European parliament, his successor is automatically appointed from the next slot down in the Conservative list, and… well, maybe you should just watch his video:

Rupert Matthews MEP is also a distinguished speaker in person, having delivered talks on topics as diverse as:

King Arthur – Rupert’s controversial theory is that there not only was a real King Arthur, but that he was crucial to the development of Britain as it is today.

Your Local Ghosts – What real ghosts are like – a talk adapted to your local area.

Yeti! – Are the legendary man-apes of the world real?

The Biography of Father Christmas – A great seasonal favourite for December.

Unfortunately, beneath his ‘charming idiosyncrasy’ is a slightly less-charming husk of much the same venom which got Helmer in so much trouble. Matthews is the editorial director of Bretwalda Books, a name which hit the public sphere just last week when one of their recent publications was spotted at the Tory conference:

What the Immigrant Saw – A book described as being “Britain through the eyes of a refugee from socialism”. It is by a Belgian.

Can Britain leave the EU? A Warning from History – According to the front cover, the warning from history involves Panzers.

How on earth did this man make it on the Tory list, rather than the Monster Raving Loony Party?