There was yet more evidence of the impact of George Osborne's short-sighted cuts to science and research and development today, reports Shamik Das. 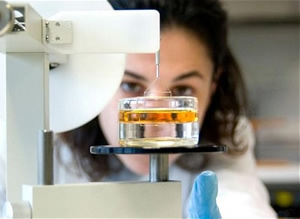 There was yet more evidence of the impact of George Osborne’s short-sighted cuts to science and research and development today. A report (pdf) by the Department for Business, Innovation and Skills (BIS) says the cuts will put the UK’s position as a world leading research base at risk.

The report revealed the UK’s research “has some potential areas of vulnerability”, and that the UK’s:

“Other countries are outpacing the UK in terms of growth in number of researchers and spending on research. The UK is well positioned, but its ability to sustain its leadership position is far from inevitable.”

BIS’s findings, that Britain risks slipping behind our competitors as a result of the coalition’s cuts, echoes the views of the Institute for Fiscal Studies, the European Union, scientists, academics and researchers, and opposition politicians.

Furthermore, last June, the government’s own Chief Scientific Adviser Sir John Beddington called for a long term investment strategy for science and research, vital for the government to realise its aim of rebalancing the economy and creating more high value and highly skilled jobs, vital for every government department, and, crucially, vital for reducing the deficit.

“The benefits of cutting the debt will be much reduced if, in doing so, we critically damage the wellsprings of our longer term growth and wellbeing and our sources of international competitive advantage…

“We gain huge benefit to our economy, to policy-making, to society and to our reputation in the world from our scientific success. But our competitors have recognised these benefits and are responding by putting massive new investment into science and research, both through recent fiscal stimuli and through long term spending committments…

“If we fail to match our competitors we will lose our world-leading scientific position, and the skills, inward investment and economic and social benefits that derive from it…

“Any long term plan for economic recovery and growth, as well as the necessary rebalancing of the economy, must therefore rest on maintaining and building the UK’s research base to generate technology, ideas and skilled people, and to attract and retain high value internationally mobile investment.”