Alex Hern argues that much of the chancellor George Osborne’s plans for economic growth will put the UK in a race to the bottom which it cannot possibly win. 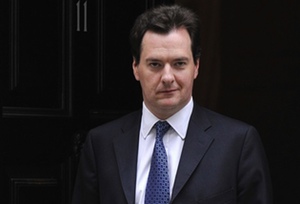 George Osborne today has signalled the dangerous new route he plans to go down, apparently in an effort to stimulate growth: Starting a race to the bottom. The problem Osborne has is that there is always going to be someone able to undercut the UK internationally, and there will always be someone prepared to act as badly as the law allows them domestically. If he starts that race, he will lose; and even if he wins, the bottom is not somewhere the UK should be.

“We’re cutting business taxes to one of the lowest rates in the developed world.”

Yet arguing, as he does, that we as a nation need to compete with states like Liechtenstein and Monaco – or, let us not forget, with British territories like the Cayman Islands, a hotbed of tax evasion – by lowering business taxes, he is entering in a race that we can never win.

These countries are tiny city-states, who fund what rudimentary welfare states they have with minimal tax revenue from companies whose presence in the country is often little more than a PO box.

Businesses do not headquarter there because of the quality of the staff, the access to markets, or the international prestige, but because and only because they can spend less on taxes. If we do manage to cut our rates to a level low enough to win these headquarters back – doing untold damage to our revenues in the process – then it is far easier for those countries to cut back again than it is for us.

The end result of this race is bad for all concerned, except the businesses who can make a quick buck.

The same is true for other Tory targets. When he euphemistically stated that:

“The left think they’re helping working people by providing more rights, but all that actually happens is you create poverty and despair, because jobs go to your competitors who have fewer rights for workers.”

What they both mean is that because nations overseas treat their workers badly, we must too. This is, plainly, madness. It is a mentality that will, without hyperbole, lead to deaths.

If we do try and compete by lowering regulations, it is indeed China we’d be competing with. As Richard Exell has showed, we already have less employment protection than every other OECD state other than the USA; there’s no-one else to compete with other than the developing world.

Again, we should not try and see who can treat their workers worse or try and capture the market in low skilled, low paid and badly treated labour, but we should instead sell ourselves to companies on the quality of our workforce; on their education, on their ability and on the welfare state that ensures that the baseline is high. Winning business in this way is not a pipedream.

This race to the bottom is not just an international problem, either. Osborne calls for it domestically too, when he condemns unions as irresponsible:

to go on strike in economic times like this, when you’re being offered pensions far more generous than most other people could ever afford.

None of this will stimulate growth. As Angela Eagle MP, Labour’s shadow Chief Secretary to the Treasury, said:

“This hotch-potch of small measures and re-announcements shows how out of touch Ministers still have no idea of the scale of the problem families and businesses are facing right now.

“By refusing to even consider a change of course George Osborne has decided to put saving political face and protecting a plan that isn’t working above the needs of the country.”

Osborne seems to think that the UK’s only hope is to become the Lidl of the world, competing on price an nothing else. But there is another way. We can sell ourselves on the quality of our labour force, on the added value we can provide businesses who headquarter here, and we can use the public sector to provide much-needed competition that will raise standards all around.

Osborne should know the appeal of quality, and if not he can ask his old Bullingdon friend James Gissing, the founder of Ocado. What he shouldn’t do is join in a race to the bottom, because we can’t win – and even if we could, the bottom is not a nice place to be.

41 Responses to “Osborne dreaming of a race to the bottom”