George Irvin runs the rule over the aims of the latest round of quantitative easing, and asks whether it will work for a second time. 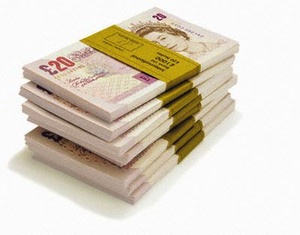 George Irvin runs the rule over the latest round of quantitative easing, asking whether it will work for a second time

Following the Bank of England’s (BoE) announcement an extra £75 billion would be pumped into quantitative easing (QE) over the next four months, there has been much discussion about whether it will work.

“The broadest consensus… is that there is no certainty that QE will work, but not much to lose when there aren’t a lot of other options around.”

Is the BoE engaged in more than gesture politics? The real reason for injecting cash into the banks is the anticipation of a new financial crisis. Sir Mervyn King says it is the worst financial crisis ever, and Moody’s has followed suit by downgrading the ratings of 12 UK banks.

QE helps protect the banks from the consequences of a deepening recession caused by neoliberal austerity measures.

Fiscal contraction throughout the OECD is about to plunge us into a decade of stagnation. So serious is the situation that, today, it is probable that not even a full u-turn by George Osborne could bring us back to ‘business as usual’. The BoE (like the European Central Bank and the Federal Reserve) is desperate.

When the BoE first undertook QE in 2009/10, the overall effect seemed positive. According to one BoE report, QE raised real GDP by 1.5-2%, while increasing inflation by 0.75-1.5%. But even if these figures are correct (and they are disputed), there are several reasons for doubting the current round will have the same effect.

First, long term interest rates are now lower than at any time in recent history, so there’s little scope for further ‘easing’. Secondly, there is some evidence from the earlier round of QE that much of the ‘electronic money’ stayed with the banks – and was possibly used for further speculation – rather than being taken up by business.

Thirdly and crucially, in 2009-10, the chancellor, Alistair Darling, was not slashing fiscal spending, and thus cutting demand and jobs, the way Mr Osborne is today. As Professor David Blanchflower has argued, Tory monetary and fiscal policies are working in diametrically opposed directions.

Much the same picture holds in all the major OECD countries.

Finally, any fall in gilt yields is more likely to help large firms than small and medium enterprise (SME). As for QE helping the economy by creating mild inflation and thus eroding away the real value of debt, in the absence of any discernible Phillips Curve relationship – which arguably disappeared in the 1980s – the only real underpinning for thinking mild QE generates inflation is the Freidmanite version of the quantity theory of money.

In short, there is precious little reason to think the BoE’s new round of QE will do much to revive an economy that has flat-lined. Indeed, under conditions of fiscal contraction and near-zero interest rates, QE is unlikely to help the economy at all.

Monetisation might help if it were used to fund investment and jobs through, say, a British Investment Bank – but that is opposed both by the Treasury and the chancellor.

In truth, QE is to hedge against a looming financial crisis.

• Quantitative easing: The latest windfall from us all to “country London” – Ranjit Sidhu, October 8th 2011

15 Responses to “Will quantitative easing work this time?”