Andy Atkins calls on readers to join Friends of the Earth’s “Final Demand” campaign, and explains why the ‘Big Six’ energy companies need their dominance ended. 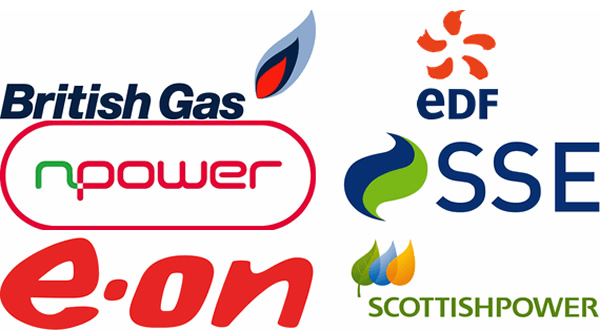 Andy Atkins is the executive director of Friends of the Earth

Every cloud has a silver lining – but if you’re one of the big six power firms flogging increasingly expensive energy to hard-pressed customers, those cumulonimbus seem to be dripping with gold.

News last week that energy firms are making massive profits while families up and down the country struggle with soaring fuel bills caused understandable outrage, and a growing clamour for things to change.

But the role of the big six in Britain’s broken energy system goes far deeper than excessive profits. The dirty half dozen have also been prominent in keeping the UK hooked on increasingly expensive fossil fuels, and it’s this dependency that’s been the main reason for sky-high household fuel bills.

Unless we change direction, things are set to go from bad to worse. New research by Friends of the Earth warns that households in the UK could be paying an extra £300 a year on fuels bills by 2020 if energy firms continue with plans to build new fossil fuel plants and scrap plans to invest in green energy.

That’s why Friends of the Earth is today launching a new campaign, final demand, which calls for an end to the dominance of the big six and a fresh approach to the way our energy is produced.

We want people to join our campaign and demand a full public inquiry into the big energy firms’ stranglehold over the UK’s energy system. An investigation covering the big six’s huge profits, their failure to sufficiently invest in energy efficiency and clean home-grown energy and the urgent need to encourage new energy suppliers into the market.

The UK could be at the forefront of a green energy revolution. Our renewable energy resources are among the best in the world and developing them and our capacity to slash energy waste would create the new jobs and business opportunities our economy is crying out for – as well as shielding us from otherwise inevitable energy bill hikes.

But we need the political will to make it happen.

In opposition, David Cameron gave important backing to Friends of the Earth’s big ask campaign that resulted in a world-first piece of legislation, the Climate Change Act, here in the UK. And we welcomed his pledge on being elected to lead the greenest Government ever.

Sadly, tired 20th-century economic dogma seems to be encroaching on Cameron’s visionary 21st century promise. From the reduction in funds for community green energy projects through to George Osborne’s recent speech wrongly blaming green measures for rising fuel bills, there are growing doubts over the Coalition’s commitment to a low-carbon future.

This is also an important test for Labour too. Former energy secretary Ed Miliband knows more than most about the importance of transforming our energy system – and he must do more to push for a clean energy future.

Our energy system is at a crossroads – the decisions we make in the next few months will have huge ramifications for our climate, our economy and our fuel bills.

Find out more about Friends of the Earth’s Final Demand campaign and sign our petition urging David Cameron to set up a public inquiry into the Big Six.

• Misselling is only the beginning of the energy companies’ sins – Huw Irranca-Davies MP, July 25th 2011