The French Socialist Party’s presidential primaries point the way ahead for British political parties, to the great benefit our democracy, writes Will Straw. 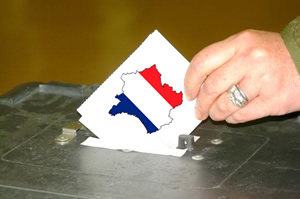 The issue of primaries was discussed in a Progress fringe at Labour party conference. David Lammy, Jessica Asato and I spoke in favour with Luke Akehurst (and a number of people in the audience) expressing reservations.

Key points for the case against included concerns about the cost and whether primaries would actually re-engage voters in the democratic process. The Socialist Party’s (PS) experiment with primaries to select their candidate for President has given the clearest possible response.

“It’s called primaries fever. It’s taking place all over France and should last another week. Although, in theory, only affecting the people of the left, even the right has showed early symptoms…

If a million people vote today, it will be a success for democracy. A bigger turnout would give an incredible legitimacy to the left’s candidate.”

In the end, 2.5 million people took part each paying a minimum of €1. In total, I’m told by a PS insider that the party collected between €3.2 million and €3.7 million – allowing for a significant profit once costs are taken into consideration.

Since no candidate took 50 per cent of the vote, there will be a run off this coming Sunday between François Hollande, who came first with 39 per cent, and Martine Aubrey, who secured 31 per cent. Ultimately the Socialists will end up with a significant war chest to fight President Sarkozy at the next election.

Even more significantly, the PS collected contact details for more than 1 million people making it far easier to mobilise large numbers of volunteers for the campaign.

“The eventual winner… will begin with a large corpus of emotionally committed supporters.”

The Conservative party, of course, experimented with primaries to select candidates like Sarah Wollaston in Totnes. Her independence has made them increasingly reluctant to fulfil the coalition programme commitment to hold 200 primaries ahead of the next general election. But democracy campaigners should hold them to it and push for primaries for the mayoral elections and for the selection of the elected police commissioners.

• The votes of trade unionists are a strength to Labour not a weakness – Tony Woodley, November 19th 2010

17 Responses to “French primaries point the way for democracy”