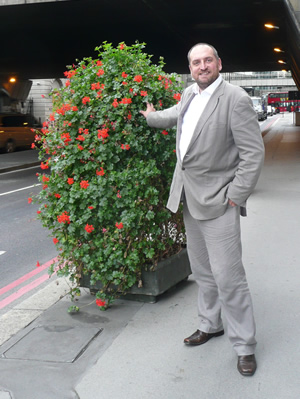 Governments of all colours have failed to deal with air pollution, but as time runs out to meet European deadlines for reducing emissions, we are facing the prospect of an estimated £300m in fines. That is leading to some extra-ordinary attempts to evade the fines and shift the blame. I don’t claim this is a comprehensive list, but I thought I would give a few examples.

The Government gave £5m to the mayor to carry out measures that would reduce the amount of pollution measured by the key air quality monitoring  stations on the Marylebone Road and Lower Thames street.

These are key because Marylebone Road is one of the few monitoring stations where the results are reported directly to European commission and Lower Thames Street is on the olympic route network which will be the focus of a lot of attention during 2012.

Some of the £5m will be used to actually reduce the amount of pollution by fitting filters onto those buses which pass these monitoring stations, but not on bus routes in neighbouring areas which don’t report to Europe. However, the TfL committee papers also outline how some of the money has been spent on measures like pot plants and spray cleaning the underside of London Bridge just above the main air pollution monitor on the Olympic Route Network.

The bulk of the one off payment of £5m is going on an attempt to glue the pollution to the road, near the all important monitoring sites. This doesn’t actually stop pollution being produced, it just stops it floating around the area where you have sprayed on the day you have sprayed.

The trial found that you have to spray at least twice a day to get a reduction which measures in double figures and the trial concludes that the results were only applicable within the narrow corridor of the study with those particular road conditions. So, it is very much work in progress.

The attempt to blame Europe for the air pollution episode earlier this year got a lot of publicity.

The mayor claimed that the pollution spike that sent central London over the European limit of 35 bad air days for particulate pollution (PM10), was mostly due to winds blowing the pollution over from the continent. This foreign pollution seems particularly cunning, as it mostly by-passed air pollution monitoring stations in the suburbs of London and headed for measuring devices on the Marylebone Road and Lower Thames Street.

Even if we accept the Mayor’s argument that 80 per cent of the pollution earlier this year was down to foreigners, then his focus on gluing pollution to the road just doesn’t help.

“Dust suppressants will not be a useful abatement technique for preventing exceedences of the PM10 EU limit value where the key driver is long range pollution.”

One of the more remarkable arguments used by the government is that they can reduce the amount of pollution reported to Europe by around five per cent due to the presence of sea salt on the Marylebone Road. As ridiculous as this might sound, at least the results from the Marylebone Road monitoring station are being reported.

That is not the case with the overwhelming majority of the sites within the London air quality monitoring network, which is funded jointly by the Government, the mayor of London and the local councils. For example, people at the busy Vauxhall bus station can see the monitoring station from where they are queuing, yet the results of that monitoring station are not reported to Europe as the site “may not meet” the strict European scientific standards.

Despite the fact that the air quality monitoring system has been in place for over a decade and that the local, regional and national officials regularly met to discuss air pollution, apparently none of them knows if these monitoring sites do, or do not, meet the criteria.

As a result, the pollution at Vauxhall bus station may or may not be over the legal limits, but it doesn’t really matter to Whitehall as they don’t have to tell Europe about it. Some have tried to get the government or the mayor to simply e-mail the local officials who run these monitoring stations, but they evade & refuse. As long as they don’t ask and don’t get told, then they don’t have to report uncomfortable facts to Europe, or do anything to urgently address the problem.

A recent health study showed that living near roads with over 10,000 vehicles a day could be responsible for some 15- 30 per cent of all new cases of asthma in children. There are 2,270 schools in London are within 400 metres of roads carrying 10,000 or more vehicles per day. They are spread out across the capital and don’t match up to the Mayor’s map of pollution hotspots and most are no where near the Government’s limited number of monitoring stations.

hese schools are just part of the real problem with air pollution in London, but they have been forgotten about as the Mayor and government focus on dodging the fines, rather than solving the problem.