Hurrah! The end of the world has been averted! At least, that is what exhausted leaders dragging themselves out of the latest EU summit would want us to believe. 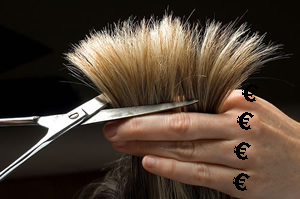 Hurrah! The end of the world has been averted! At least, that is what exhausted leaders dragging themselves out of the latest EU summit would want us to believe.

However, after nearly two years and 14 ‘crisis’ summits, all of which failed to prevent the Greek debt crisis getting bigger and more expensive, observers could be forgiven for being a tad cynical.

It would have been hopelessly naive to expect the latest summit to produce all the answers, especially given the summit of finance ministers, which was expected to take place yesterday and today, was cancelled.

The best to hope for was general political agreement and, on that score, EU leaders have taken several big steps in the right direction.

However, this analysis has to come with a big disclaimer. Following every previous summit during the crisis EU leaders have been rightly criticised of doing too little too late. Unfortunately, there is a decent chance those criticisms are valid for today’s deal.

Firstly, the whole world and his dog has known the 21% private sector haircut on Greek debt agreed at the July summit was woefully inadequate. Realistically, anything less than a 50% haircut would have been whistling in the wind. A 60-65% haircut would have made it almost certain that, with its €50 billion privatisation package and massive public spending cuts, Greece would be able to gradually pay down its debt.

“…should secure the decline of the Greek debt to GDP ratio with an objective of reaching 120% by 2020.”

In other words, even if this 50% debt write-off works, in 2020 Greece will have a higher debt burden than at the start of its crisis.

With this is mind, there has to be a good chance Greece will still need a bit more help in the coming months and years.

Moreover, while there is an impressive amount of detail about the Greek debt restructuring, there is next to nothing about the necessary bank re-capitalisation.

The result of the summit is that the European banking sector will need €106bn in re-capitalisation but there is no detail about where the money will come from. There has been some tentative talk about commercial investors stumping up the cash but can we really expect the banks to be able to raise €106 billion euro from commercial investors?

Lastly, beefing up the European Financial Stability Facility (EFSF) through leveraging is overdue but €1 trillion is the least we could have expected. Although the funding capacity of the EFSF has been expanded, €1 trillion is not enough to safeguard Italy and Spain for more than a few months if either country cannot return to the bond market.

Moreover, although the German government flatly vetoed any suggestion the ECB should maintain its role as an effective buyer-of-last-resort on the bond markets, it is still true it would be better and safer for the ECB to be doing the leveraging rather than the EFSF. As it is, the EFSF is the world’s largest special purpose vehicle (SICAV) which nobody has any information about.

Now EU leaders are proposing this SICAV creates some SICAVs of its own for bank re-capitalisation and buying government bonds.

As we can see, EU leaders are getting closer with every summit to finding a lasting solution, but unless a lot more detail is produced in the next few week this deal ain’t going to hold with the markets for more than a couple of months.

We’re not out of the woods yet.

9 Responses to “Is the eurozone out of the woods after ‘haircut’ deal?”