Reports the government will tighten up benefit rules to make people do more to look for work recycle previous Labour policy and miss the point, writes Stephen Evans. 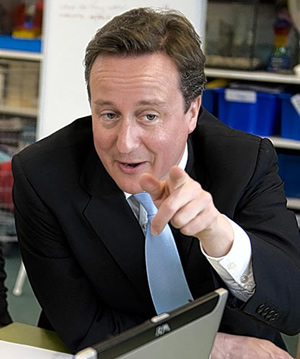 Reports that the government will tighten up benefit rules to make people do more to look for work recyclew previous Labour policy and miss the point.

There has been widespread trailing that David Cameron will announce tougher measures for those seeking work. Three changes in particular have been highlighted.

The first is that those out of work will be required to spend more time looking for work. This follows reports British job seekers spend less time looking for work – just eight minutes each day – than those in other countries. The evidence underpinning this comes from an 11-year-old survey that isn’t focused solely on those on benefits.

All of this and more can be found in Nicola Smith’s excellent analysis.

The second proposed change is that jobseeker’s will be required to look for jobs within a 90-minute travel time of their home. This change was actually announced by Gordon Brown in the 2003 budget. A commitment to recycling that is admirable.

These sort of announcements were always popular among governments of all persuasions as they cost very little and sound tough. But it would be pushing it to suggest it will make much difference in practice. In fact, this wasn’t the only recycling.

We’re promised the government will make new use of IT to better track what jobseekers are doing to look for work. Almost word for word matching the promises made in budget 2003. Ditto the claim weekly (rather than fortnightly) signing on will be trialled – as Pre-Budget Report 2005 told us, this was already happening.

The third proposal is to end the rule allowing claimants to turn down specific job offers in the first 12 weeks of their claim for all but those with long work histories.

The reason for this rule is to allow those who lose their job to look for a job in a similar industry at a similar pay grade – because if they go back in at a lower grade, it is increasingly difficult for them to get back up to the same level; there can be a permanent scarring effect. It can also be an unsustainable job, making them more likely to end up back on the dole.

Clearly, however, after a certain period of time people have to accept a certain hit in terms of salary and grading in order to find work – this is why the rule only applies for the first 13 weeks of a claim.

This is not to deny the importance of conditionality, of support tied to responsibilities. And it is not to say the current system is perfect – far from it. Rather that these announcements are a) not new; and b) limited, and miss the true issues with our welfare system.

So if jobseeker’s are really only spending eight minutes a day looking for work, then they are either genius actors able to fool their advisors on a fortnightly basis, or Jobcentre Plus is too reluctant to sanction people. (Or maybe the vast majority are spending longer than eight minutes per day).

The truth is that, based on the statistics, the Jobseeker’s Allowance regime works fairly well. Sixty per cent of claimants leave benefits within six months, and 90% within one year. Where it works badly is in helping the 10% who have been on benefits for more than one year and in helping people stay in work – two in every three Jobseeker’s Allowance claims is a repeat claim, people stuck in revolving door employment.

That is why the Work Programme, built on the Labour government’s Flexible New Deal, and the Universal Credit, replacing tax credits, will be far more important. Others have talked about their potential impact.

Talking about strengthening conditionality for relatively new claimants of Jobseeker’s Allowance is always a temptation for governments looking to make conference announcements that don’t cost additional money, but is unlikely to have much effect given 90% of them leave benefits within one year anyway.

And it would be better done by working with Jobcentre Plus on how to ensure the Jobseeker’s Agreement process works more effectively and rewarding advisors better for the job outcomes they achieve.

A plan for growth to create jobs, along with welfare reform that truly provided better support in return for more effective conditionality, would be a better way to help people back to work.

Talking tough based on copying and pasting eight-year-old budgets is not the way to go.

• The weirdness at the core of Universal Credit – Declan Gaffney, February 13th 2011

• A defence of the Future Jobs Fund: Where now for the young employed? – Dan Smith, November 27th 2010