This piece presents a round-up of press and others' reaction to David Cameron's speech at the Tory Conference today. 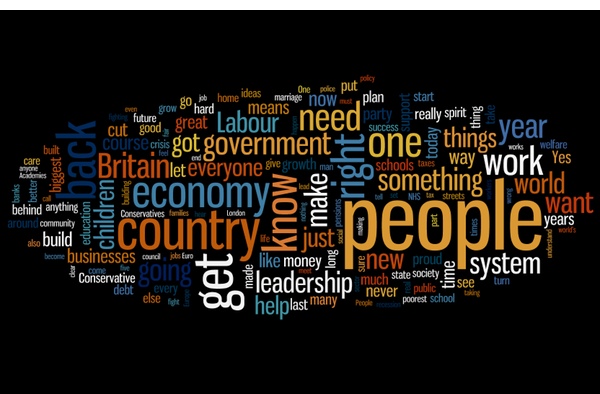 Cameron’s finished his second conference speech as prime minister, which faced a rapid re-write after press outrage over his suggestion that the public should be helping with the recovery by paying off their credit-cards (as well as being offensive to those who are struggling to get by as it is, it also demonstrates borderline economic illiteracy, with the paradox of thrift being covered in week two of the very economics course he took). So what was the reaction to version 2.0?

The Telegraph were quickest of the major papers off the mark, and their Whitehall editor Christopher Hope was not impressed:

“He’s got a very bad throat,” one Cabinet minister said to me, to explain why David Cameron had given such an underwhelming speech at the party conference. It started badly, with poor overnight briefing, a hurried re-write and ended with weak delivery to a three-quarters full conference hall. The Tory leader ticked all the right boxes – on Libya, welfare, reforms, the economy and immigration. He even got in a dig at the Lib Dems over health reforms. But cheers were few – only when he mentioned former party leaders and overweaning bureaucracy did the audience wake up. On planning reforms – which the Telegraph was campaigning to change – he said he was open to “constructive ideas” but opponents could “take your arguments down to the job centre”.

Much later, the Times got their analysis up, from commentator Rachel Sylvester (£):

This wasn’t a game changer speech but it didn’t have to be – the game will be won or lost in the eurozone, on the financial markets and on the shop floor. It was a successful balancing act – between optimism and pessimism, social and economic priorities, modernity and tradition, heart and head. No more “let sunshine win the day” the storm has broken and now the tory leader is promising to turn around the ship. That’s fine as rhetoric but what matters is reality. The fate of the prime minister and his party will be determined elsewhere.

The Guardian’s Ian Katz points out:

Jaw-dropping that no mention of climate change at all in Cam speech – except to bash Labour for failing to turn Britain green.

There’s a lot of Blair in this speech, but does it have a theme? Yes, optimism in the face of awkward facts.

In a bizarre twist, perhaps the most favourable press reaction thus far has been Left Foot Forward’s Shamik Das, who compared Cameron’s speech to Miliband’s on the crucial area of foreign policy and found Miliband lacking:

Having been wholly omitted from Ed Miliband’s leader’s speech last week, David Cameron put foreign affairs at the front of his conference speech today. On Libya, international development and the Arab Spring, he made the case for an international, interventionist policy – putting himself at odds with many in his own party but on the right side of history.

Of course, those taking the whip have to be effusive, so Tory MP Rory Stewart was always going to say:

Great speech by Cameron this pm: particularly liked the emphasis on social justice, confidence (and Britannia in arms-bands)

One area where Cameron has received general praise is in his backing of gay marriage – those against it (largely, of course, in his own party) seem to know when to be quiet, while Labour MP Chris Bryant knows to take small mercies as they come:

I hear Cameron backed gay marriage. If so I warmly applaud him for doing so.

Finally, as the fact-checkers get to work, Political Scrapbook noticed this interesting coincedence:

The only British company to be namechecked in David Cameron’s conference speech has donated more than £4 million pounds to the Conservative Party in the last ten years, figures reveal.