Alex Hern writes about the transport chaos set to descend on London for the Olympics, and details Ken Livingstone's calls to the mayor for better preparation. 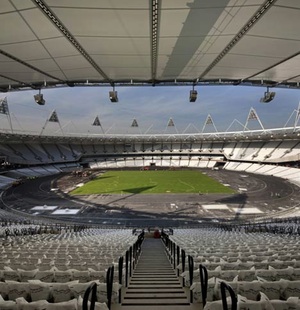 1. Provide better information provided about the Olympic Route Network plans and their impact on Londoners and businesses.

2. Provide details in the public domain about who will have access to the dedicated Olympic lanes.

3. Prioritise road safety. Projections are that over 60 pedestrian crossings will be closed by TfL for months on some of the busiest roads in London – this is unacceptable.

5. Ensure that dedicated Olympic lane restrictions should be in place for the shortest possible time.

This call for change follows then-transport secretary Phillip Hammond in June instructing Londoners to “work from home” during the Olympics:

Hammond said everyone has to change their routines during the Olympic Games to avoid stress points on the network.

He said all employers, including the Government, had to look at staff changing their working hours or to work from home during the Olympics.

“We need to get people to think about how they plan their journeys,” Hammond said. “Certainly, the government will be allowing significant numbers of people to work from home during the Games to ease the burden on the transport system.”

TfL’s advice makes for scary reading; when the best case scenario involves instructions like the following, it is clear that “transport chaos” is no mere hyperbole:

London Bridge station will be very busy and should be avoided, including interchange, at peak times. These include 7–10am, 12noon–2pm, 4–7pm and 10pm–midnight. National Rail passengers heading into central London should use Cannon Street and Charing Cross instead.

Bank station will be very busy. If you are not attending a Games event at ExCeL or Greenwich, this station should be avoided at peak times. There will be additional trains running to and from Tower Gateway on most afternoons and evenings to assist avoiding Bank.

The official advice involves avoiding two of the most important interchanges in London for most of the working day for two weeks, and avoiding the entire network on the first day of events. If this is what Boris’ planning looks like, I almost wish he’d stayed at home.

23 Responses to “Boris fiddles as London prepares for transport chaos”