Andrew Dismore, Labour’s GLA candidate for Camden and Barnet, looks at London Mayor Boris Johnson’s failure to get to grops with crime in the capital. 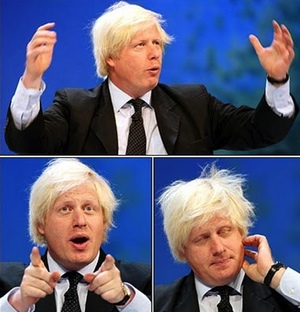 Andrew Dismore is Labour’s GLA candidate for Camden and Barnet

Boris Johnson’s speech to Tory party conference this week highlighted the complacency that characterises his mayoral term. Amid the jokes for the Tory faithful there was a series of assertions on crime and policing that illustrate just how out of touch the Conservative mayor is.

He claimed that crime in London was falling, saying ‘if we can keep cutting crime’, yet the Mayor’s own crime figures show burglary, robbery and knife crime rising in London.

The latest Metropolitan Police statistics for August this year show overall crime in London is higher than in the same month a year ago.

It may be news to the mayor that crime is no longer falling in London, but it’s certainly not news to Londoners.

It is no coincidence that this comes as 1,314 police officers have been cut by Boris Johnson from London in the last year, including more than 110 police officers lost from Camden and Barnet.

So when Boris Johnson’s boasts that “police numbers are up by 1,000 on when I was elected and the number of special constables has doubled to more than 5200 and I pledge now that I am going to keep it that way” – the reality on the streets of London is very different.

Boris Johnson inherited a budget from Ken Livingstone which funded 32,543 police officers in London. The Tory Mayor’s own website shows Boris Johnson has agreed a plan to cut the number of police numbers by 1,800, or 50 for every London borough, between 2010 and 2013/14.

I fear the Conservative Mayor’s cuts to the police threatens to undo years and years of hard work by police and local communities across the capital. When I am out and about in Camden and Barnet, meeting local residents, safety issues remain one of their top concerns.

Day by day the truth about Boris Johnson’s crime figures and policing policy is being exposed. Crime is rising and police numbers are falling yet Boris Johnson claims the opposite. However, the Conservative mayor’s own crime statistics speak far more loudly than his shaky claims and behind the figures are the innocent victims of crime.

It is increasingly clear this Tory Mayor is out of touch and his policies are making Londoners less safe. It is time for a change of direction and a Mayor who is in touch with the real issues facing Londoners.