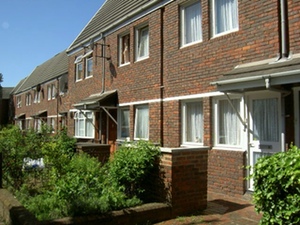 Kevin Gulliver is the director of Birmingham-based research charity The Human City Institute and chair of the Centre for Community Research but writes in a personal capacity; his interests are social and economic policy, especially relating to housing, health, communities and inequalities.

Yesterday David Cameron announced yet another housing policy, confirmed by Housing Minister Grant Shapps and explained in a side and half of A4 on the Communities and Local Government (CLG) website. This new policy, which must have taken at least 15 minutes to cobble together and with judicious editing could have indeed fit on the back of a fag packet, seeks to rejuvenate social tenants’ right to buy so beloved of the Thatcherite wing of the Tory Party and enables Cameron to play the populist ahead of the conference in Manchester.

This new announcement comes in the wake of a slew of nonsensical policies including Shapps’ ‘affordable’ rents at 80 percent of market rates pushing up housing benefit while the government seeks to cut it elsewhere, and the infamous ‘houseboats for the homeless’ initiative.

However, unlike the Thatcher and Major versions but with some similarity to the John Prescott capital receipts initiative, the Cameron RtB plans to replace each purchased social home with a new one using the proceeds from sales. The CLG announcement doesn’t provide any indication of how this will work – the policy’s details will be announced in a future ‘housing strategy’ apparently – and is vague and riddled with inaccuracies.

First of all, the policy paper claims that under the previous Labour government “fewer people were able to take up this opportunity”. It’s a shame that Shapps didn’t instruct his civil servants to take down the statistical tables on the CLB website about the RtB. These show that, since the heyday of the RtB in the late 1980s, an average of 42,000 homes were sold annually under John Major’s government compared to 44,000 yearly under Labour.

In fact, between 1996 and 2003 the yearly rate of sales increased by 149 per cent to stand at 86,000. Only when the credit crunch hit was there a major decline in the number of sales – almost a decade after Labour reduced the level of maximum discount to tackle RtB ‘abuses’ in the earlier rising housing market.

A second contentious area is the policy’s suggestion that there are significant numbers of social housing tenants who can move into home ownership if discounts are ramped up.

The government can’t seem to agree on who exactly lives in social housing. One day social housing is characterised as the focus of benefit dependency, riots and gangs; the next, it is full of aspiring home owners who could easily move if given help. The reality of course is that social housing over the last three decades has been ‘residualised’. As the Joseph Rowntree foundation notes:

The right to buy has had an uneven impact regionally and locally. The remaining social rented stock is disproportionately concentrated in areas with lower demand for housing and fewer opportunities for employment….(the RtB) has contributed to the concentration of low income households in the social rented sector and in particular estates.

In fact, the proportion of working social tenants has declined from about a half to one third since 1980 with the proportion of full-time workers halving. And the RtB has creamed off the most desirable social homes; especially family houses, bringing into doubt the numbers of tenants who will be tempted to take up Cameron’s offer against the backdrop of a stalling housing market.

A third area of the policy that needs unpicking relates to Cameron’s claim that the proceeds from social housing sales will be used to kick-start the economy and employ thousands of construction workers. If so, why not simply invest more in social housing? Since construction is inelastic in supply, how will unspecified future receipts from sales kick-start the economy now when it needs it most? And how will receipts be geographically distributed? According to need across the country or will they remain in their place of origin? If the latter, a mismatch between housing supply and demand is highly probable as John Prescott realised more than ten years ago.

Clearly, the policy is a pre-conference gimmick, built on a shoddy evidence base. It will make no significant in-roads into ballooning waiting lists, rising homelessness, record low rates of residential construction or unemployment in the building trade. Let’s hope it follows ‘houseboats for the homeless’ as a policy hastily constructed and even more speedily dropped.

40 Responses to “‘Back of a fag packet’ housing policy continues”