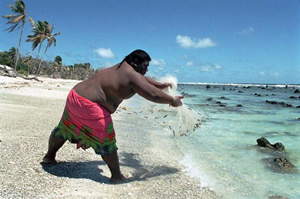 It’s not hit the headlines quite like past UN Summits, but Heads of State have just wrapped up a two-day meeting on Non-Communicable Chronic Diseases (NCD). Although the draft text was known to be weak, public health professionals watched the high level statements avidly. Soaring numbers of heart and lung disease, obesity, hypertension and diabetes needs to turn NCDs into more than an urgent health problem; it must now become a major political issue.

In its most recent publication on the global burden of disease (pdf), the WHO predicted NCDs would rise globally by 15 per cent over the next decade (to 44m deaths). Cardiovascular disease, cancers, diabetes and lung disease killed more people in 2008 than all other diseases combined (36 of the 57m deaths).

The sad reality is that the greatest effects of lifestyle risk factors which predispose you to these preventable killers fall increasingly on low-middle income countries, and the poorest people within all countries.

So it’s not just the health profession that should be concerned by this reality: the forces that propel NCDs towards UN Summit status are also deeply intertwined in today’s major social problems.

These are the same issues that disproportionately affect the world’s vulnerable communities, destroy our planet’s resources and cripple national economies.

Although historically a problem of the developed world, the WHO estimates that 80 per cent of the 36 million deaths from NCDs now occur in low-middle income countries. In the OECD, healthcare expenditure reaches on average eight per cent of GDP, and rising costs of treatment can be absorbed more effectively through drug regulation and developed healthcare systems.

In the UK for example, gastric band surgery is provided free on the NHS, the cost of diet-related ill health cost the £5.8 billion in 2007 and diabetes treatment is covered by the standard prescription charge despite costing 8.4 per cent of its annual drugs bill. The UK’s spending per capita is $3,399.

In developing countries, however, health budgets rarely exceed more than five per cent of GDP.

Patented drug costs, complex national health architectures, inadequate regulation and growing urban populations in developing countries are just a few of the problems exacerbating a desperate situation. In Tanzania, childhood obesity was calculated at 30 per cent in 2006, one in five deaths was attributed to chronic disease, and prevalence of diabetes was higher than in Europe. Tanzania’s health budget is just 3.5 per cent of GDP – that’s $5 per capita.

On the other side of the world in Nauru, who chair the Alliance of Small Island States (AOSIS), the government have spent the past six months highlighting the health impacts of climate change. On Monday, President Stephen used his speech to describe how once his ancestors harvested fresh fruits and vegetables and fisherman provided enough food to the island and its neighbours, now “cheap and unhealthy food is routinely dumped on their markets”.

The option of a nutrient filled diet no longer exists. Desertification has pushed farmers off the land and ocean acidification has driven fish stocks away. This situation isn’t unique. Food systems in almost all low-income countries are transitioning at an incomprehensible rate – moving away from traditional sustainable supplies towards oil-laden processed imports. The country is now suffering from 95 per cent obesity prevalence.

Climate change, of course, is perpetuated by lifestyle choices we have adopted, largely in the developed world. Many societal problems in the UK (obesity, road deaths, climate change) are manifestations of our abuse of fossil fuels. These connections are described in “Energy Glut”, by Professor Ian Roberts, bringing together the “politics of fatness” and climate change in the context of today’s big epidemiological challenges.

It is somewhat a paradox that the scale of the problem has only now been met by a high level meeting. The last time health was placed under UN limelight was in 2001 when world leaders woke up to the HIV/AIDS epidemic. Unprecedented effort towards this fight brought in billions of dollars worldwide, and HIV/AIDS spending leapt from $0.5bn to $10bn in under a decade.

So how will the past two days help bring chronic disease out of the WHO and into a bigger discussion on politics? The declaration borne out of the summit will go nowhere close to tackling the issues. And it’s not money we need.

As leading epidemiologists noted during this summer’s Congress in Edinburgh, we must get tough on international regulations for the advertising industry, ban trans-fats in food production, adapt to climate change to preserve traditional land-use and transform our cities in a way that encourages active lifestyles. It’s time to move away from the “nudge” policies so revered by the UK government.

What we need is a shove. An international response that is bigger than a one page non-binding statement. NCDs are political. It’s time for politicians to stand up and recognise it.