It is not difficult to understand why today’s report of the Independent Commission on Banking (the Vickers Commission) falls short of what we need. 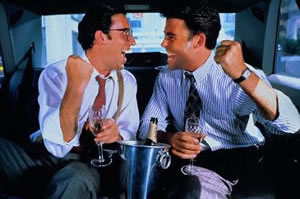 The first thing to note about the Vickers Commission was its very limited scope. The Independent Commission on Banking (ICB) focused on two main problems – to find ways to avoid another taxpayer bailout and to look at competition on the high street following the Lloyds rescue takeover of HBOS in September 2008.

The ICB didn’t ask why the financial contagion developed and spread so rapidly in 2008 and it didn’t make a value judgement about what a good banking system would look like.

With that in mind it is not difficult to understand why today’s report (pdf) falls short of what we need. So how did Vickers (pdf) shape up on its own (very narrow) terms? The answer is not very well.

Ringfencing retail and investment banking has many disadvantages compared to complete separation:

• Ringfencing doesn’t resolve the issue of some banks being effectively too large and too interconnected to be allowed to fail. We will still have banks with assets in excess of UK GDP.

In addition, capital levels have historically poorly reflected the riskiness of an institution, and so we should not place undue faith in stricter capital requirements. This means the risks of a financial system will still be underwritten by taxpayers, with the benefits accruing to a small number of financiers;

• There is a question of whether the public understand the subtleties of ringfencing during a financial crisis or will the ‘universal branding’ of the ringfenced banks lead to a run on a bank’s retail arm anyway if customers perceive the investment arm to be unsound;

The ICB acknowledged as much in its interim report (pdf):

The timetable is also a gift to those that want to obstruct reform. Allowing a full eight years for the banking lobby to organise and water down reforms is leaving many to ask how many of today’s recommendations will ever get implemented?

The Good Banking Forum recently asked its contributors what reforms they thought were necessary to create a good banking system:

• All wanted a complete separation of retail and investment banking;

• Many wanted a Community Reinvestment Act to force banks into lending to local economies;

• Many wanted to see mutualisation of large swaths of the publically owned banks.

None of these were delivered by Vickers today.

A technocratic conversation between city and regulatory elites such as the Vickers report was inevitably going to disappoint those that want banking to work for the whole of society.

16 Responses to “The Vickers report lacked ambition and lacks bite”