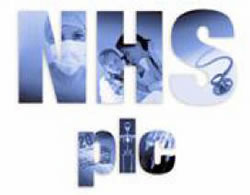 By Tamasin Cave of Spinwatch

Yesterday’s Parliamentary debate on the government’s NHS reforms focused on the controversial issue of increasing the amount of money NHS hospitals can earn from private patients.

Shadow health minister Emily Thornberry told MPs that the plan to remove the cap on the amount hospitals can earn:

“Will mean that our National Health Service, where people are tended by our NHS-trained doctors, using our NHS equipment, will be filled up with private patients because they will be able to pay more.”

Health minister Simon Burns dismissed this as “pure and simple scaremongering”. Is it, really? The government can dismiss it as such in Parliament, but a more accurate answer could be found at this morning’s £600-a-head conference, the Independent Health Forum.

Standing in for Andrew Lansley, health minister Lord Howe told the assembled private healthcare execs the NHS reforms will create ‘genuine opportunities’ for the private sector to take over large chunks of the NHS.

The programme for the rest of the day is illuminating. This morning’s main session was called “Income generation – new markets for the NHS and the private sector”, at which delegates learnt that:

“Many [hospital] trusts are considering entering the private market.”

Unlike Parliament, they were also given insight into the question:

“Private Practice the new market for the NHS?”

Most revealing of all though is this afternoon’s session by the head of healthcare commissioning at private insurer Bupa, called:

How revealing would it have been to hear the answer to his first bullet point: what the private insurance market can gain from the government’s “increased choice” agenda (a lot is what I’m guessing).

If conferences like this were televised, rather than the political spats and spin of Parliamentary debates on the health bill, we’d have a much, much clearer idea of where these reforms take us.

8 Responses to “The two faces of NHS reform”