Refounding Labour offers lots of opportunities to non-members - if the resources are available. 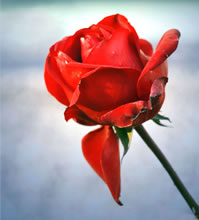 While much of the media reporting around Refounding Labour – the party’s attempt to reinvent itself – has focussed on the impact of unions and ordinary members, the most innovative part of the reforms is its attempts to reach out to non-members.

However, it is clear that the report’s recommendations will be permissive rather than obligatory, and will be about as much a clarion call to staff and activists to change the way they do things than constitutional reforms.

As far as reaching out to non-Labour members, the main proposals seem to be:

• An official supporter status which, unlike membership, will be free and will come with a vote in leadership elections;

• A sharing of data between affiliated unions and the party at national and local level;

• A non-voting role for non-party NGOs in the party’s policy-making processes.

There will be permission to local parties and regions carry out open primaries in selection of candidates in which non-members can vote.

As the details have leaked, there have been howls from the Labour activist twitterati of ‘what’s the point of being a member’ if non-members get to vote. But the sense from the Refounding Labour crew is that Labour should function more like an NGO like Amnesty International or Save the Children – where you become a member as a statement about yourself, rather than because of anything you get out of it.

This may well be a more realistic way of viewing membership that the traditional concept – a party that is the sum of its members and therefore directed by them.

Attlee, Gaitskell, Wilson and Callaghan all relied on the union block vote to keep Conference in check,  the traditional tool for the membership to direct the party. The most momentous decision made by a Labour government – the decision to build the atom bomb – was carried out without even reference to Cabinet.

A party owned by its members was a Labour dream that became a myth, and now it may be time to put it to rest as a legend.

Ironically in a party that relies on its ‘ground campaign’ – street activists and personal links between volunteers and their communities – to win elections and fundraise, a key part of the Refounding Labour vision, activists will be more powerful than one in which they enjoy  only formal constitutional rights.

The unions’ power in Labour  grew when the party depended on their money, not out of any formal constitutional change. Refounding Labour offers a similar opportunity to members – supporters are as likely to trust the judgement of local members that they know personally, than a remote leader on TV.

The real problem with these reforms is lack of resources. For unions and local parties to share data, it requires paid local organisers to take advantage of it. Primaries cost money – something in short supply in Labour.

Until the resources are available, those who fear these reforms or look forward for them, should probably be less excitable.

12 Responses to “The Refounding Labour offer to non-members”