Alex Hern looks at the problems with transport secretary Philip Hammond’s populist move to raise the speed limit to 80mph. 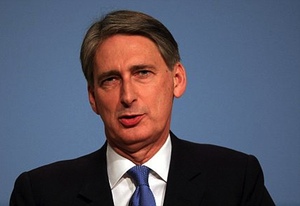 The Transport Secretary’s announcement today that the speed limit on Britain’s motorways would be increased to 80 mph marks the second volley in the government’s seeming plan to announce as many populist policies as possible before the conservative party conference. Although some may write it off as a harmless attempt to appeal to middle England, the policy does have a dark side.

Firstly, it marks yet more evidence that this is a government – and a Transport Secretary in particular – which really couldn’t care less about meeting its targets for climate change. Research from the US Department of Energy shows that the average car achieves its rated MPG at 55mph.

This concern is not new; the Guardian writes:

Huhne fought against it as the 10mph increase will see cars use more fuel and so increase pollution. Lansley’s department raised concerns it will see a rise in road casualties. It comes before a conference in which the Tories announce popular policies to remind activists of their own party’s instincts outside the coalition.

Yet more proof that the government’s claim to be the “greenest government ever” is just a load of hot air.

Beyond that, Philip Hammond’s reasoning behind this change is, well, bizarre. In the Times today, he said:

if 50 per cent of the population are routinely breaking the law it’s actually the law that needs looking at.

If so, this government’s rapid liberalisation of laws surrounding possession of cannabis and downloading of copyrighted music, to name just two, surely can’t be far off. One positive of this reasoning being made public, however, is that we now know that Peter Oborne apparently believes that 50 per cent of the population are regularly fox hunting.

• Will Osborne sell out “greenest government ever” in budget? – Dominic Browne, March 21st 2011