Although an increasingly unfashionable view, President Barack Obama has three reasons to stake a claim as the most influential left wing thinker of the year. 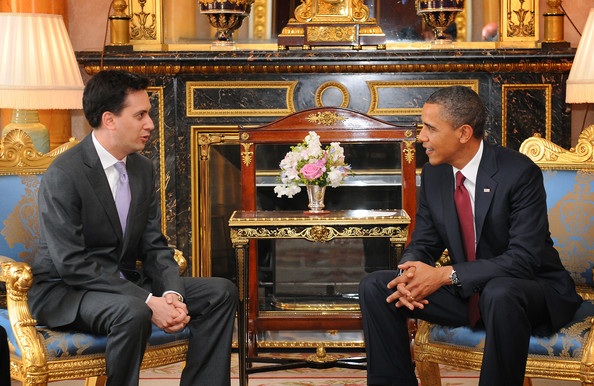 Nigel Anthony is an intern at the Fabian Society; last year he studied at Georgetown University in Washington DC and campaigned for Democratic candidates as a volunteer with President Obama’s Organizing for America

Although an increasingly unfashionable view, President Barack Obama has three reasons to stake a claim as the most influential left wing thinker of the last year.

Firstly, Obama eloquently provides a progressive vision which reaches beyond the Westminster bubble to be heard by ordinary Britons whom conventional politicians fail to reach; secondly, Obama’s policy achievements are substantial and impact the UK; finally, Obama’s victory provides a model of a successful modern campaign.

Alongside this is my personal experience of coming to political awareness in the world of George W Bush with Iraq a particularly dispiriting introduction to politics. Obama’s lasting legacy in Britain may well be a young audience (and many of greater years) attuned to the message of the left.

Within the constraints of the Presidential office and a challenging political environment, Obama has used the presidential platform to advocate a vision of the left. His speech on the budget provided an impassioned and deliberate defence of liberalism, progressive politics and the state.

Obama’s use of the bully pulpit can be frustrating in its pragmatism and at times overly conciliatory approach. However, his voice more than any other extends beyond the politically engaged who watch ‘This Week’ and he is the most recognisable face of the left among the British public.

Losing Democratic control of the House of Represenatives has necessitated a more modest agenda this year. Yet real successes have been achieved which have had ripple effects through UK foreign policy and the economic debate.

The most important geopolitical development since the fall of the Berlin wall unexpectedly blossomed this year with the Arab Spring demonstrating a commitment from Obama to a foreign policy based on values within the constraints of US strategic interests.

This year also saw the clearest operationally capable endorsement in history of the principle of a Responsibility to Protect in Libya.  The successful diplomatic efforts in securing UN Security Council endorsement would not have been possible without American leadership and demonstrates a commitment to multilateralism.

On the economy, Obama has advocated a different course to Republicans domestically, a policy which has starkly contrasted the deficit reduction strategy of the Conservative led coalition in the UK.  The Obama campaign built a broad movement of empowered volunteers which combined with a message for the times won a landslide victory.

The conception of New Labour was heavily influenced by the Clinton White House with his New Democrats message providing something of a template.  Likewise today, as Labour continues a process of renewal the Obama movement and campaign should provide a source of ideas.

The most instinctively left wing President since JFK has realigned the centre ground of American politics; Ed Miliband and the left in Britain should learn a lot from Barack Obama.

14 Responses to “Nomination for most influential left-wing thinker of the year: Barack Obama”