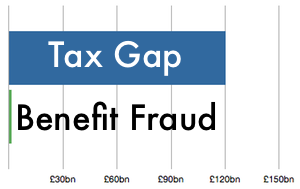 Ed Miliband’s speech contained some tremendously important and bold attacks on powerful elites that have helped create and perpetuate today’s social and economic inequalities. Despite much to welcome it is important understand why many may be upset today.

Minutes after taking applause for his rejection of Murdoch during the phone hacking scandal, Ed Miliband breathed new life into the News of the World’s myths about benefit claimants.

He attacked a ‘take what you want culture’ highlighting benefit cheats and a system in which “benefits are too easy to come by for people who don’t deserver them”.

The party’s recent focus groups have apparently found the public still hostile to benefit claimants they believe are either defrauding the system, or swinging the lead instead of seeking work. Focus groups always bring up ideas based on their daily media diet, so this is no surprise given the relentless hate campaigns towards benefit claimants in much of the press. Hostile public perceptions are less surprising still when you remember that former Labour secretaries of state such as Purnell and Hutton played an active part in propagating these dangerous myths.

Isolated cases of fraud are reported, alongside hysterical comment pieces that create the false impression such fraud is rife. Official statistics on disability claimants are grotesquely distorted into out-and-out headline lies that label millions of genuinely disable people as ‘scroungers’. Instead of using the facts to refute the claims, Labour minsters responded with promises to end “free riding” on benefits with harsh new sanctions.

There is a great true story the party could tell instead to counter the false perceptions encountered in their focus groups. Labour has a tremendous track record on reducing benefit fraud. When they left government, fraud in the benefit system was at its lowest level ever recorded. The verification framework (a new standard for provision on evidence of identity and income introduced in Blair’s first term) and more investigation officers reduced fraud significantly.

Most claimants are desperate to work, but they have been let down on promises to provide the tailored support to help them into sustained work that they need. Even before the recession, in many areas of high unemployment the jobs were simply not there. We have not had a serious industrial policy for years. A million disabled people in incapacity benefits and allowances say they want to work, but they are still subjected to serious levels of employer discrimination.

Meanwhile, disability charities are reporting disturbing increases in verbal and physical assaults suffered by disabled people – an increase which they link to the hostility of the press towards claimants of disability benefits.

But there does exist a major problem of fraud and taking without giving in one area: taxation. An elite of corporations and super-rich individuals is cheating the nation out of tens of billions lost to tax evasion and avoidance each year. We seriously reduce the deficit overnight if we put a stop to these tax cheats, allowing us to avoid harsh welfare cuts of disabled people and families.

Miliband called on Cameron to “put aside the politics; look at the facts”. If he wants to prove his claim to believe in the welfare state, he should start by following his own advice and stay within the facts on benefit claimants.

34 Responses to “Miliband must stop spreading myths about benefit claimants”