Investment in our green economy would get Britain growing and cut the deficit, but government inaction is holding us back, writes shadow minister Luciana Berger. 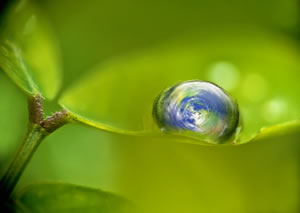 Over the past few months, 0.2% second quarter growth, rising inflation and squeezed living standards have all underlined the need for urgent action to boost our economy. By focusing on building growth we can increase tax receipts, reduce welfare payments and cut the deficit less painfully than George Osborne’s austerity plans which go too far too fast.

If we are going to get our economy working again we need to get serious about building a low carbon future by growing our green economy. Currently the government simply isn’t doing enough to boost low carbon growth and we are all suffering as a result.

The last Labour government recognised that the threat of climate change could be used as a catalyst for building the UK’S low carbon economy. We introduced the Climate Change Act in 2008 to enshrine carbon reduction targets in law, moving Britain from a high carbon to a low carbon economy.

Our manifesto pledged to achieve 40 per cent low carbon electricity by 2020, which in turn would have created thousands of new jobs and apprenticeships. By contrast the self proclaimed ‘greenest government ever’ has talked a good game but delivered very little. This approach is letting down our economy, our people and our green businesses.

Firstly, this government has failed to produce a comprehensive strategy for low carbon growth.

In office, Labour published both the low carbon transition plan and the low carbon industrial strategy. This government is yet to develop a similar vision of any real substance. The Tory-led coalition’s ‘Plan for Growth’, released on the same day as the Budget, treated green growth as an afterthought. Just three pages of the 126-page long document included any reference to the low carbon economy.

And since last autumn the government has been promising a ‘Green Economy Roadmap’. The joint BIS, DECC and DEFRA initiative was meant to be published in April. It was finally published at the start of this month, in a rebranded document titled ‘Enabling the Transition to a Green Economy’. It’s easy to see why the ‘Roadmap’ part was dropped, as the final result is disappointingly lacking in substance, with little in the way of actual policy to turn the rhetoric into reality.

A coherent industrial strategy is vital to giving citizens, entrepreneurs and investors the confidence, certainty and support to establish and grow the economy. The UK desperately needs one. Without it, market uncertainty will grow and opportunities will be lost.

Secondly, too little is being done to support existing low carbon businesses and to encourage new start ups.

The demands of our highly competitive global economy mean we cannot afford to sit back. Other countries are powering ahead and we need to keep up. Offshore wind boosts the Danish exchequer by £2.7 million per year, while China and Germany recently signed trade deals on carbon capture technology and electric vehicles worth about $15 billion.

Market analysts estimate the renewables sector will grow by 20% per annum worldwide in the next five years, making it an attractive proposition for investors. Unfortunately over the past year Britain has been going in the wrong direction. In March a report by the Pew Environment Group showed the UK dropped out of the global top ten for low carbon investment. From being ranked fifth globally in 2009 we have now fallen to 13th.

The fall was blamed on:

The PEW findings were corroborated by the Grantham Research Institute for Climate Change and the Environment, who found, in a report commissioned by the OECD last week, that UK government spending on low carbon technology is at the “minimum acceptable level” and below spending by Canada, France, Germany and Japan.

Alongside this the Tory-led government has cut funding for research into algae biofuels, which could be worth billions in the future.

The Green Investment Bank, when it finally begins to operate next year, should help boost investment, but with doubts still surrounding its independence and how it will operate, what kind of investments it will fund, and restrictions on its borrowing ability, we are a long way from knowing what impact it will have.

Thirdly, more needs to be done to encourage Britain’s home owners and businesses to de-carbonise.

Incentivising companies and households to reduce carbon emissions is a win-win, for them, the environment, and the economy. Not only does it reduce their energy costs, it also creates demand for energy efficiency measures and boosts supply chains. Household budgets are already struggling to cope with the increased cost of living, and record rises in energy prices this summer have left many wondering how they will make ends meet.

The government had the right idea by continuing with Labour’s concept of a pay as you save energy efficiency scheme. The idea is simple – the cost of installing energy efficiency measures is paid for from savings made on utility bills.

Unfortunately, the government’s finished proposals, called the ‘Green Deal’, are currently severely delayed in parliament, amid significant doubts about the scheme’s viability. As a result households up and down the country cannot expect help anytime soon.

Labour has been campaigning to improve the ‘Green Deal’. We proposed measures to cut costs for small businesses and co-operatives, plans for community action to tackle climate change and to create market certainty by linking the scheme to our carbon reduction and fuel poverty targets.

Government ministers rejected many of these during the Bill’s committee stage in the House of Commons, although we did succeed in getting a green apprenticeship scheme inserted into the Bill. With record numbers of young people unemployed, schemes like this are absolutely vital for them as a route into a skilled job.

It is estimated more than $100 billion will be spent on renewables and clean energy across the globe next year. We need an urgent plan to ensure some of that investment comes to Britain rather than elsewhere. We need ministers that champion and support low carbon businesses, rather than destroying market certainty, leaving them high and dry. And finally we need action to stimulate demand for energy efficiency measures, to drive down energy costs and create jobs.