Livingstone’s housing record was a good one; Johnson’s is dreadful. The task for progressives is to convince Londoners they can vote for a better way next May. 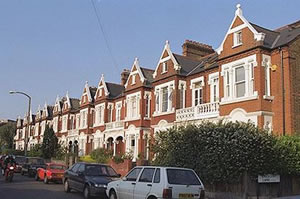 Housing was one of Ken Livingstone’s success stories. Despite starting with very few housing powers and responsibilities, Livingstone skilfully used his planning powers and his leadership to promote housebuilding, especially on the major sites in the east of the capital, and to raise the proportion of homes built that are affordable.

Policies such as the target that 50 per cent of all homes built should be affordable; development should wherever possible be mixed tenure; there should be a larger share of family-sized homes – were allied to growing influence over central government’s housing capital expenditure leading to London’s biggest ever affordable housing budget.

Although the recession had a serious impact on private sector output, by 2008, when Boris Johnson took over, the prospects for housing in London were better than they had been for a generation.

Johnson’s policies, like those of the government, are highly ideological and damaging. There will be virtually no new social rented housing and the existing social rented stock will be reduced.

What little money is left after 60% cuts will be channelled into the so-called ‘Affordable Rent’ programme at rents of up to 80% of market rents. Johnson’s revised London Plan removes many of the policies that were most effective.

There has been no mitigation of the “Kosovo-style social cleansing” – to use Johnson’s own words – that will result from their housing benefit policies and the total benefit cap.

The prospect is that, were he to win, a new Livingstone mayoralty will spend three of its four years under the coalition, so the approach will have to be a mix of pragmatic policy and campaigning.

There are things the new Mayor can do to relieve the situation and champion London’s interests. A detailed report from the newly-formed London Labour Housing Group sets out what they might be.

• The 50% affordable rule – supported by the inspectors who assessed Johnson’s new plan – could be re-introduced;

• More pro-active planning with an emphasis on mixed communities and not ghettoisation would challenge developers;

• A London-wide empty homes strategy could bring thousands of homes back into use;

• A new charter for private renting could engage tenants and landlords in a serious attempt to professionalise the sector and improve standards;

• The Mayor can push financial institutions into better mortgage policies for first time buyers and mortgage deposit guarantee schemes that could make a big difference for a lot of people;

• A new monitoring unit could track households being forced by the housing benefit changes to move across London, using the information to make sure poor and vulnerable people do not lose contact with essential services, social services support, schooling, and so on;

• A much bigger emphasis on co-operative and mutual solutions to housing needs, including Community Land Trusts.

Livingstone has good relationships with Miliband and Ed Balls and a lot of preparatory work could go in to a new housing programme which should be at the centre of Labour’s economic, health and community re-building agendas as well as housing.

There are a lot of ideas around at present for Livingstone to build on for the campaign to beat Johnson – from the Green party’s Jenny Jones AM, the Pro-Housing Alliance, the London Assembly Housing and Planning Committee, and now London Labour Housing Group have all produced serious proposals that deserve to be taken up.

Livingstone’s housing record was a good one; Johnson’s is dreadful. The task for progressives is to convince Londoners they can vote for a better way next May.

20 Responses to “Housing will define the London Mayoral election”