The Social Liberal Forum calls for a clearer duty to provide on behalf of the health minister, a curbing of the national commissioning baord to promote choice, making GP consortia more accountable and the retention of the cap on private treatment. 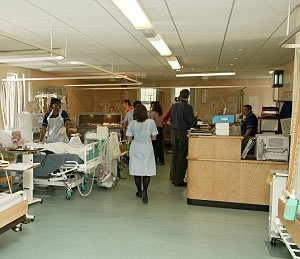 Our guest writers are Dr Prateek Buch, member of the Social Liberal Forum Executive and Dr Charles West a former GP, an NHS manager, and 2010 Liberal Democrat Parliamentary Candidate for Shrewsbury and Atcham

Once the Lib Dem conference voiced significant concerns at our Spring Conference, the Government took the unprecedented step of pausing to listen to the worries of clinicians and patients. The pause resulted in more than 1,000 amendments being tabled; the question now, for the Lib Dems and for the country as a whole, is whether the amended Bill is fit to pass.

Lib Dems demanded changes to the Bill in three broad areas, all of which have been at least superficially addressed by amendments to date.

We wanted to retain democratic accountability for the NHS, specifically seeking to protect the Secretary of State’s duty to provide a comprehensive health service as set out ever since the NHS’ inception in 1946.

Despite changes to the language of the current Bill, it is the opinion of legal experts that this duty to provide has not yet been restored. We were clear that opening up healthcare provision to greater competition,under the guise of patient choice, must not come at the expense of a collaborative and integrated system.

However, although Monitor will no longer be a competition watchdog, the newly-created NHS Commissioning Board will instead be given a mandate to promote choice, thereby promoting competition through an alternate channel.

This, combined with the devolution of commissioning to consortia that lack adequate accountability, would have the effect of relying on market forces to deliver healthcare – an approach the majority of Lib Dems reject.

Finally, we demanded a host of changes to the bill to bring it back within the limits of the Coalition Agreement.

However, on the issues of the outsourcing of commissioning, removing the cap on NHS Trusts taking income from private patients, the democratic makeup of scrutiny bodies such as local Health and Wellbeing Boards and the introduction of personal health budget, there remain substantial areas of the Bill that are unacceptable to mainstream Liberal Democrats and medical professionals alike.

So where do we stand? Lib Dem MPs Andrew George and John Pugh, who have consistently voiced concerns over the reforms proposed in the Bill, have tabled a host of amendments at Report Stage which represent a final attempt at improving the legislation.

As Baroness Shirley Williams made clear on Sunday, should these not be accepted, the Bill should be rejected – but before that stage is reached we hope Parliament is able to compromise such that the Bill passes with these significant modifications in place.

The House of Lords is yet to debate and approve the Bill, meaning opportunities for amendment remain. This is where Lib Dem conference, to be held in Birmingham September 17-22, has a crucial role to play.

Currently Conference is not scheduled to formally debate the NHS reforms but there remains a real appetite to do so. Given the opportunity to debate and pass a motion on the NHS, Conference is likely to call on Lib Dem Parliamentarians to either seek more far-reaching changes or declare the Bill unacceptable.

There’s no doubting the difficult political situation Nick Clegg and his Parliamentary colleagues are in; the changes they’ve already forced to Andrew Lansley’s Bill have raised the heckles of Tory ideologues, and rocking the boat further risks straining the Coalition further.

This shouldn’t be an excuse for Nick, and for what Mr. Lansley’s supporters describe as “the yellow bastards,” from shirking their duty here.

The party, the medical profession and the public at large will stand full square behind him if he averts the effective dismantling of the NHS that the Bill currently represents – anything less just won’t do.