Under the guise of reducing complexity in the planning system, the government devolves crucial decisions to under-funded councils in a failed attempt at growth. 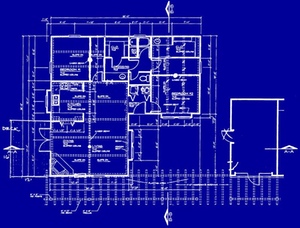 Under the guise of reducing complexity in the planning system, the government’s draft of the National Planning Policy Framework creates instead a system that devolves crucial planning decisions to under-funded councils, victims of Eric Pickles’s swingeing cuts, in a misguided attempt to encourage growth and housing, and does so in a way that will leave the UK a development free-for-all during the chaos immediately following its introduction.

In this case, the review of the planning framework has been presented as a way of streamlining a 1000-page document down to a mere 52 pages, in order to – yes, that phrase again – cut “regulation and red tape“.

Its presented aims are two-fold: firstly, it represents George Osborne’s growing acceptance that we must grow our way out of the recession, and reflects the belief that were it not for all this red tape, foreign investment would be flooding in; and secondly, it is aimed at addressing the growing housing crisis. Unfortunately, it fails at both of these.

As with their efforts with the NHS, the biggest effect of cutting 948 pages from the national planning framework has been to move them down to the local level. To a certain extent, this is a necessary result of localism, but to present it as making the planning system easier is a gross oversimplification.

To give just one example: the previous framework required any development larger than 18 houses to include 20 per cent affordable accommodation. This simple national rule has now been devolved down to local authorities, leaving developers having to deal with a different rule-book in every location.

These rulebooks themselves may be smaller, but are 1000 ten-page documents really better than one 1000-page one? Even if cutting red tape does increase foreign investment (a doubtful claim, since planning laws have been relatively unchanged since 1947, and foreign investment has yo-yoed since then), this is the least successful attempt to do so since… well, the last one.

The housing crisis has been addressed on this site before, but unfortunately these changes won’t help a great deal. Firstly, making the aforementioned 20 per cent affordable housing requirement optional means that any uptick in housebuilding is likely to help those already on the housing market, rather than the first-time buyers whose age is now creeping towards 40.

But more importantly, even if it worked perfectly, it would only address the small drop-off to the right of the graph linked, since the main cause of the crisis is the failure of the private sector to fill the gap left when local authorities stopped building; and it won’t work perfectly, since the main bottleneck in the building process isn’t gaining planning permission but getting credit to actually begin building. This is an attempt to fix an economic problem by doing everything but fixing the economy.

On top of all of this, the implementation of these changes leaves much to be desired. The new framework includes a guideline for local councils to “grant permission where [the council’s] plan is absent, silent, indeterminate or where relevant policies are out of date,” while later guidance has defined any plan written before these changes come in as out of date.

In short, until councils write new plans, they are obliged to grant planning permission by default. According to James Lloyd, the National Trust’s Senior External Affairs Officer, Birmingham council are expecting it to take around 25 years to update all their neighbourhood development plans.

Until then, the NPPF leaves them open to a development free-for-all. This terrible implementation of an unnecessary change risks encouraging the worst kind of short-termist development, urban sprawl, and shoddy planning.