Cormac Hollingsworth reviews Ed Balls’s Labour party conference speech, and analyses what it means for Labour’s economic policy over the next four years. 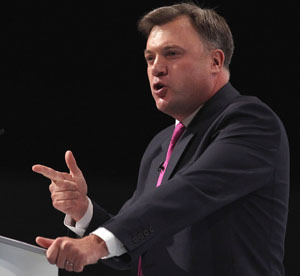 The UK has suffered 12 months of stagnation that Ed Balls warned us was a serious risk if the coalition policies were unchanged. Being right, however, doesn’t ensure that you win. Following through correctly is the right thing to do. This speech was a skillful move forward in the debate by Balls.

It creates the space for a credible alternative to coalition policies, while showing that he’s a shadow chancellor who feels the pain of every person unnecessarily unemployed and a business unnecessarily bankrupt because of low growth.

The contrast with other countries couldn’t be starker. We didn’t get a Tea Party “the worse it is the better” speech. Rather we had another plea for sense from the Tories and also, while the short term confidence in the economy is now low, a strong speech that will contribute to significantly lifting confidence in the long term future of UK plc.

There are many places for global investment to go in this competitive world, and those investments are for longer than the life of this parliament.

But right now, business and consumer confidence has never recovered from the coalition government’s “shock and awe” politics ahead of last November’s CSR, and neither the chancellor nor prime minister have shown any leadership within the G20 over the last year to address the collapse of the fast growth of 2010, into the stagnation of 2011

And we’re now in the middle of a collapse in world markets. Last week, stock markets had their worst week since October 2008, Sterling dropped 4% versus the dollar, and Gold is down 20%.

With the share prices of banks halving over the course of August and September, all that’s needed to make the parallels with 2008 complete is the collapse in Asian trade. (PIMCO now believes that European GDP will shrink by 1-2%).

So the news on Thursday from Fedex downgraded their profit expectation because of a slowdown in Asian trade is unwelcome. Over the weekend Balls must have been gritting his teeth as he watched a leaderless G20 fiddle and make proclamations while doing nothing to stop the rot in the European bank balance sheets. And then this morning, confirming the FedEx news, we hear rumours that Apple has cut by 25% its orders from its Asian suppliers.

The challenge Ed Balls faced in this speech was: how do you make a speech as a Shadow Chancellor that maintains confidence in the long-term of the UK economy? Because confidence is so important now, how do you reassure the country on the deficit, when you know that a “lost decade” will leave persistent deficits and the coalition’s deficit goal unmet?  How do you reassure the country that, while this coalition lasts things will be bad, there is a credible alternative?

His answer is emphatic and right.

In this important speech Balls telescoped through the pain of the next 4 years to the election in 2015. By then the cuts in spending will have happened and he knows that the cuts will have gone to the bone. But with no growth the deficit will still be stubbornly high, the economy will be stagnant and people will be looking for an alternative.

By the time Labour gets back in, confidence in the economy will be so low after four years stagnation that we will need much smarter ways of lifting confidence. He answered this challenge in his commitment on spending.

At the next election, the source of the recovery will be in the large corporate savings (globally $2 trn), and we’ll need the smart activist policies that John Denham, Angela Eagle, and Liam Byrne are developing to deploy these savings in investment and create the growth engine.  What is so clever about Balls’ commitment is that it creates the space for his colleagues to start pushing these smart ideas to the fore.

This speech will have an important legacy. Balls is right to be confident that at some stage in the next 4 years it will be recognized that growth is necessary to cut the deficit.

At that time, the consistency of the Darling’s spending plans, Balls’s warnings, and now Balls’ current commitment on spending will dovetail together with Labour’s new policies to reignite growth to give the electorate the confidence that Labour will return the public accounts to surplus through creating jobs and growth.